Burying the Lede in Order to Scare People 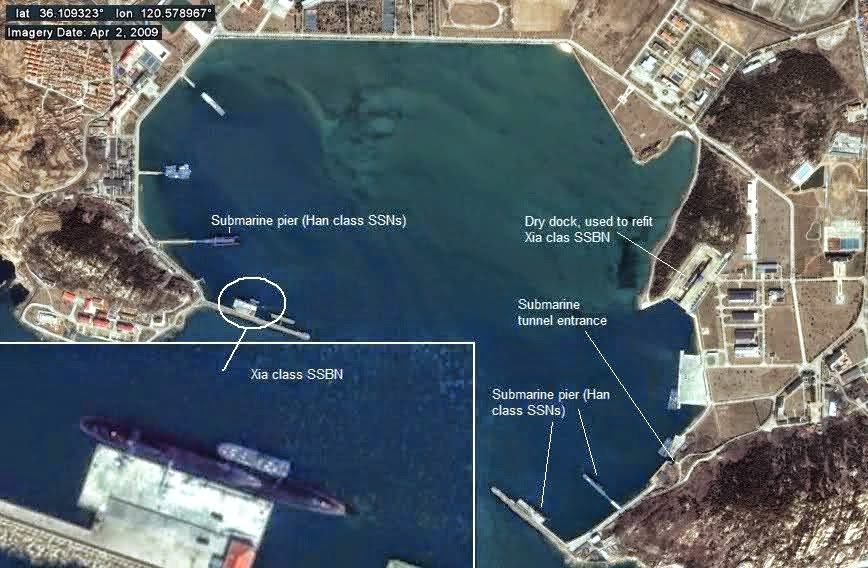 China has had submarine for a good long while. The image above is about six years old and shows that they have an impressive number of submarines that are actually outdated, inferior to ours, and do not carry nuclear warheads as of yet. The following story gives us exactly that information in the wrong manner. Here's why. The headline reads:

China is building some "fairly amazing submarines" and now has more diesel- and nuclear-powered vessels than the United States, a top U.S. Navy admiral told U.S. lawmakers on Wednesday, although he said their quality was inferior.

Vice Admiral Joseph Mulloy, deputy chief of naval operations for capabilities and resources, told the House Armed Services Committee's seapower subcommittee that China was also expanding the geographic areas of operation for its submarines, and their length of deployment.

For instance, China had carried out three deployments in the Indian Ocean, and had kept vessels out at sea for 95 days, Mulloy said.

Emphasis mine because that really doesn't do justice to the buried lede you'll see below. For you see, the LAST sentence reads:

He said the U.S. military did not believe China carried nuclear missiles on its submarines, but that it had been producing missiles and testing them.

The relevant fact here is that the U.S. has a first strike capability. The actual power projected by the deployment of U.S. submarines is the ability for every single one of them to launch a multitude of nuclear tipped missiles at anyone from long range and without being detected [any U.S. submarine that cannot do this is a museum piece or is relegated to other duties and is not part of the offensive strike capability that protects our interests]. As you can see, China has "more" ships but "none" of them can do what a single U.S. submarine can do.

I hope you are thoroughly misled as to the capability of China's submarine fleet and will vote accordingly on the next election day.
on February 26, 2015
Email ThisBlogThis!Share to TwitterShare to FacebookShare to Pinterest
Labels: Commentary, Defense, Media, Military, Opinion, Security, War