The Rare Gift of a Film With History In It 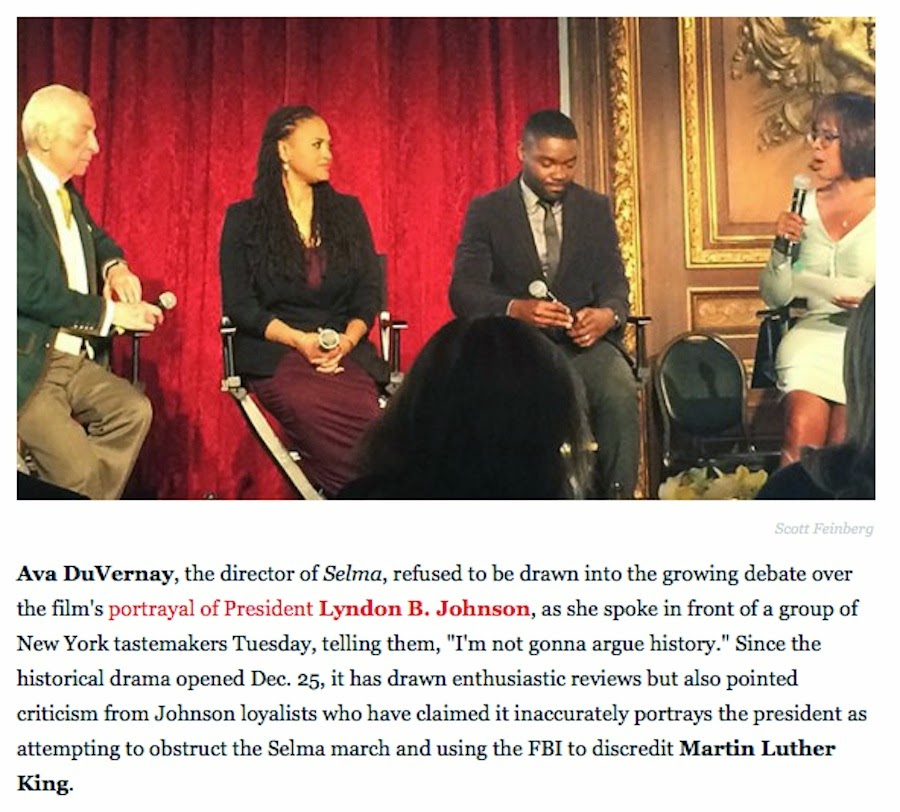 Like Ava DuVernay, I can't stand the whole "white savior" motif that runs through too many films, either. White people have a long history of letting things slide and letting people down and being indifferent to the plight of others. I get why she changed the emphasis in her film to show the Civil Rights era as a story about African Americans doing it for themselves.

The problem is, she took history and made it the subject of a film. Then she misrepresented that same history, throwing the fantastic achievements of great people into a grey area that allows people who don't get the point to attack what her film was trying to achieve. The truth, in and of itself, is always the most powerful thing you can show. Aside from that, the human condition is fascinating enough without changing or manipulating it. An artist can do whatever they want, and then they have to live with it. In this particular case, you're talking about choices not everyone would have made but they're choices that DuVernay isn't afraid to throw back into people's faces. She's the artist. Everyone else has to go deal with that.

As historical inaccuracies go, her film commits no terrible sins and the parts that the "LBJ Loyalists" are mad about aren't that important, but, damn. Everyone should see Selma and focus on the fact that this country was wrapped around a horrible injustice to people because of the color of their skin. DuVernay's decision to make LBJ look like an ass doesn't compare to the cold, hard historical truth of blowing up little girls in churches. She has given people that rare gift--a film that inspires the right kind of soul searching.

Goddamn, people. Priorities, here. If history was that precious, you wouldn't even know the name George Armstrong Custer and you damned sure wouldn't be seeing Andrew Jackson on a twenty dollar bill.
on January 07, 2015