The Most Important Story of the New Year 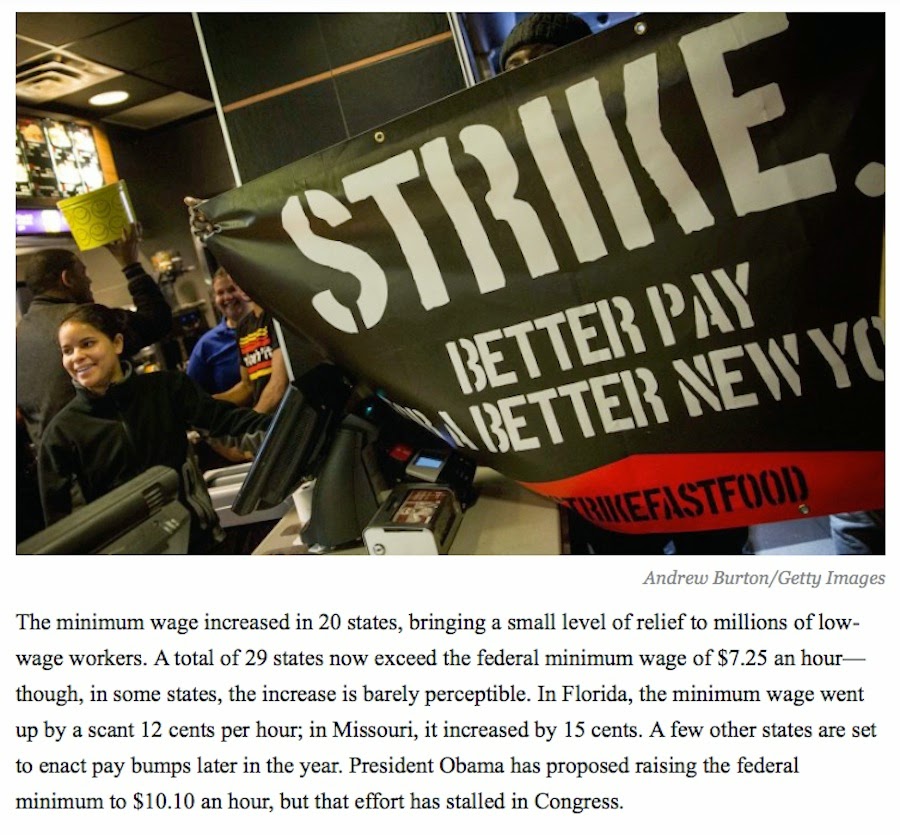 In the year ahead, the most important story isn't about who is up and who is down. It's not about who is going to position themselves for re-election or for the presidency in 2016.

For the last few years, things have been exceptionally tough for people making the minimum wage in America. In 20 states that aren't batshit crazy and run by howling cranks, life will improve enough for someone somewhere to have a little less heartache and stress. Damn if that isn't something important to note. Shame on all of us for not working harder to make life easier for people who have to work for a living.
on January 01, 2015