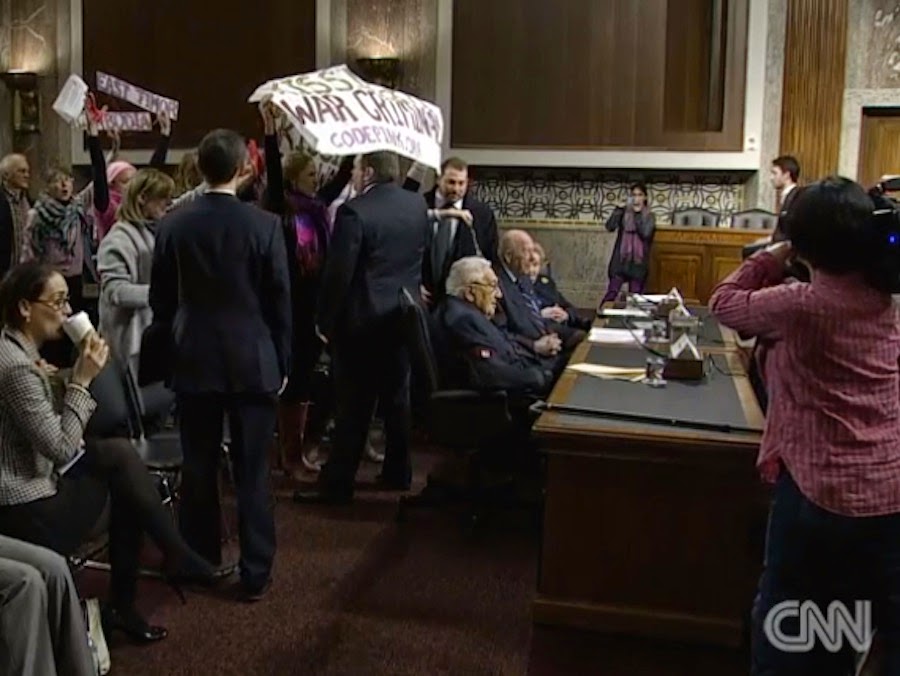 I probably have this wrong, but when Senator John McCain ordered "low life scum" to "get out of here," he was probably talking about Henry Kissinger, who had wandered into the place, looking for somewhere to unload his problems.

Now, he could have been talking about the Americans who showed up to protest the presence of a noted war criminal, but I have to believe that he was really channeling his inner rage and his limitless supply of bile in order to get Kissinger to leave. However, Kissinger stayed, and they humored him for a while and then everybody had a good laugh and went and watched cartoons.

Not a shining moment of democracy or discourse in this country, especially since we've criminalized all forms of dissent that make old men who have killed thousands of people sad, sad, sad.
on January 30, 2015