Pulling Water From the Air 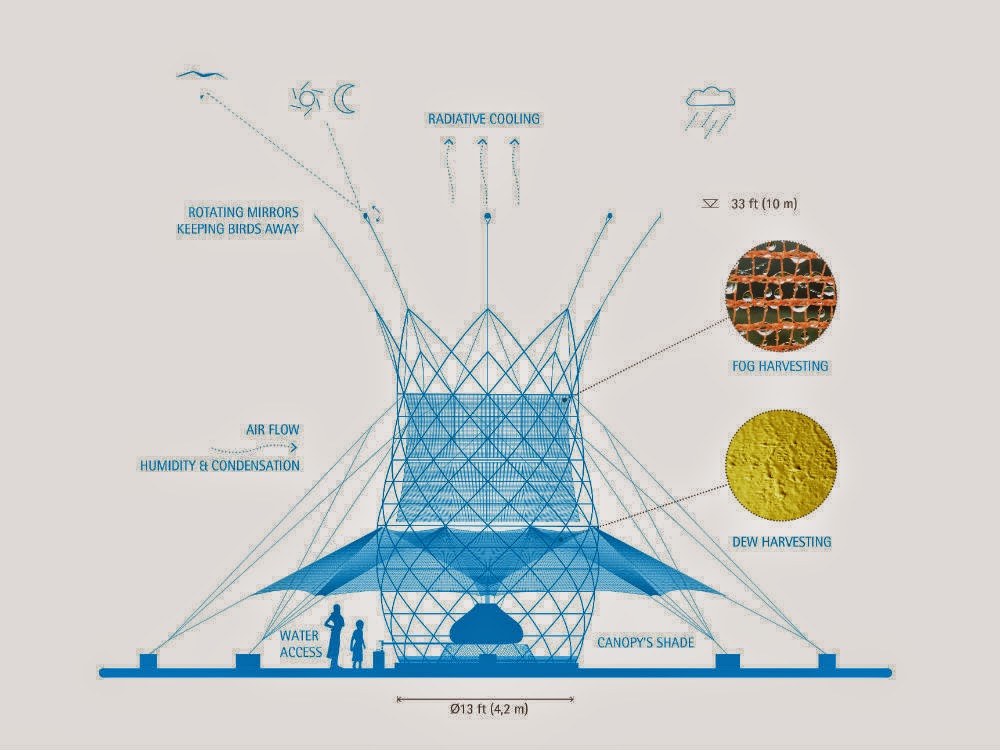 This device produces water from the air itself:

Created by Arturo Vittori and his team at Architecture and Vision, the towers harvest water from rain, fog and dew. This isn’t a new idea—people have been doing this for as long as they’ve needed water, often with air wells. Often built as high-rising stone structures, air wells gather moisture from the air and funnel it into a basin for collection. The WarkaWater functions in much the same way, using mesh netting to capture moisture and direct it into hygienic holding tank accessed via a spout.

And the reason why there aren't hundreds of these in California right now helping to irrigate cropland and alleviate drought? I haven't heard that reason. Perhaps we could implement a public works program to build better dams and store water for long term needs, but, really, if water is scarce, you could do a lot worse than make use of a device like this.
on January 11, 2015