On The Campaign Plane 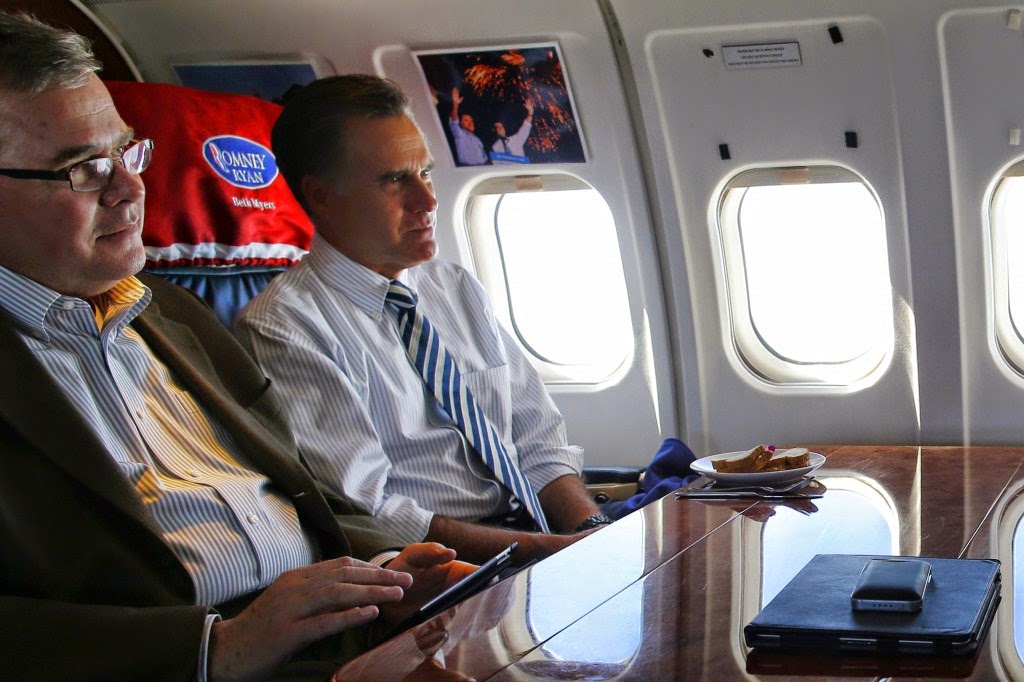 Mitt Romney and Jeb Bush flew on the same plane today, and that plane is significant because it was the Romney for President campaign plane. In 2012.

Here it is, over two years later, and the Romney Ryan 2012 campaign material is still visible (directly behind Romney's head in the photograph).

If there's anything more pathetic than keeping your own plane decorated in the campaign swag from your failed attempt at winning the presidency, and if there's anything more poignant than knowing that you lost because you couldn't connect with the very same 47% of Americans you wrote off as moochers, I don't know what it would be.