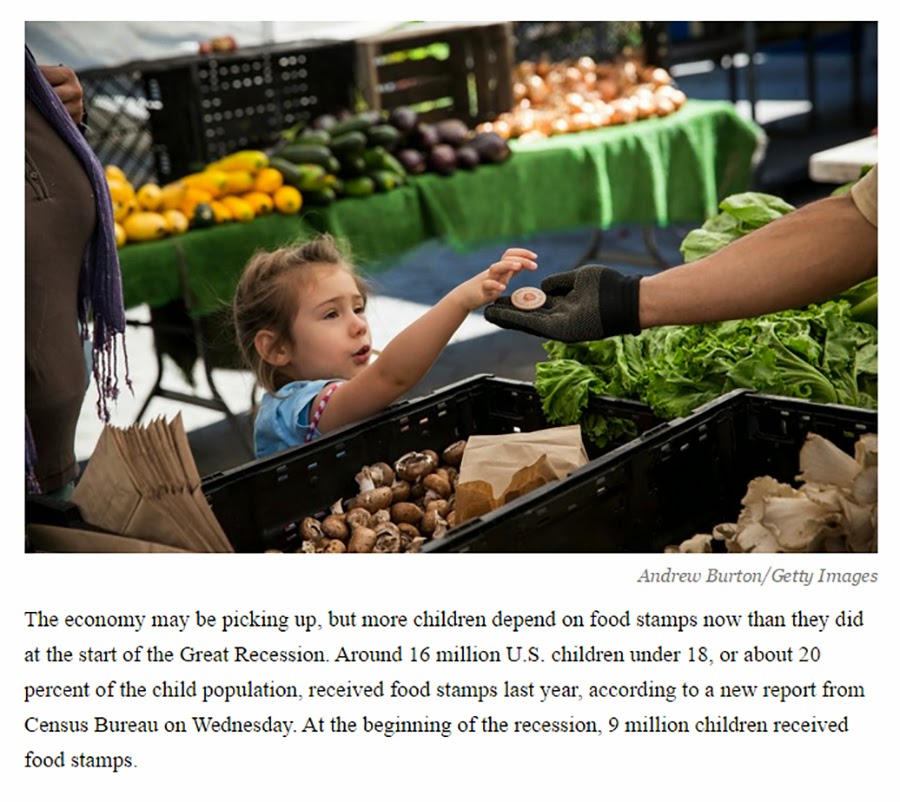 There was a time when people actually cared about children in this country. I think it lasted for about a half a minute. It was when "We Are the World" came out and the government gave away a lot of free cheese. I know I'm being a nasty, shrill, simplistic bastard, but when you think of all of the kids who go to school hungry, who go home hungry, who go hungry on the weekends, and who go hungry because the food stamp benefits they are entitled to don't last until the end of the month, well, it's difficult to see how this plays out.

The 2016 election will see an onslaught of cash poured in by Republicans. I, personally, think that a Republican is going to win, hands down, because no one is paying attention. Is the economy good? Vote for the Daddy Party.

We are missing a vital and important discussion about hunger and the development of children. Whole groups of children, millions of them, are suffering in this country. So, of course, we're going to be distracted by a Flag Burning Amendment or the need to invade another country somewhere instead.
on January 28, 2015