Mitt Romney is the Second Coming of Richard Nixon 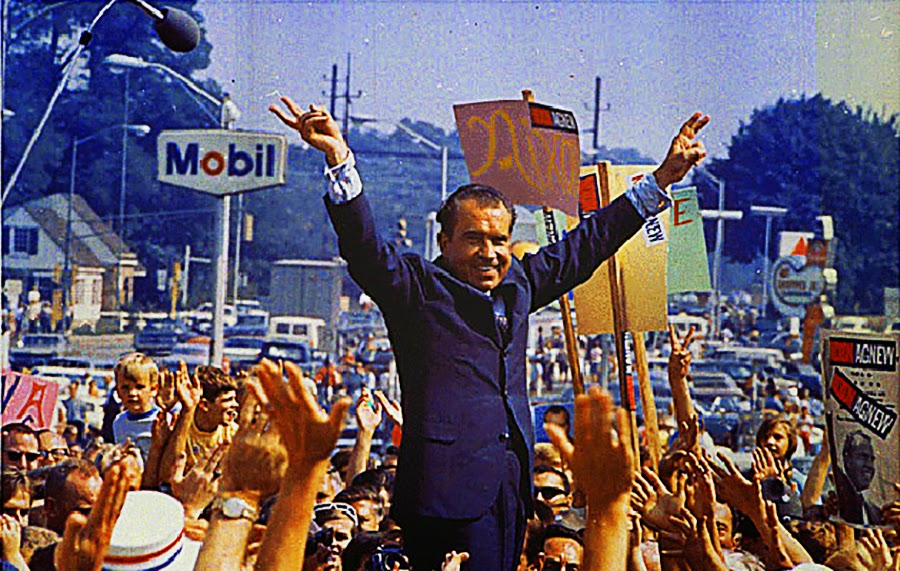 Mitt Romney is all in:

[...] not everyone here was prepared to write off Romney just yet.

It’s not unheard of for a failed contender to wage multiple attempts at the White House. Richard Nixon, Ronald Reagan, and George H.W. Bush all ran unsuccessful bids for the presidency before going on to win; Reagan campaigned for the job in 1968 and 1976 before a victorious 1980 effort.

Romney would enter 2016 with a built-in network of donors and political supporters that other candidates would have to work to acquire. And some pointed out that he would be well positioned if he could figure out what went wrong in his first two campaigns.

“People have obviously run and then come back and been successful, others have run and come back and been unsuccessful,” said Steve Robertson, the Kentucky Republican Party chairman. “Quite frankly, he’s probably learned a lot from 2012. Sometimes, experience is your best teacher.”

The Republicans are writing him off way too soon. If he sees any uptick of money donated to his campaign, look for him to immediately bridge any gaps with his own precious money.

How many of his prospective opponents have his deep pockets? Christie, Walker, Carson, Santorum and Perry are all men of modest means, in terms of being Republicans. Jeb Bush might have the only claim on wealth besides Romney. This is especially important because how many billionaires are going to overpay for another losing run for the presidency this year?

Yes, it is crazy for Romneyshambles version 3.0 to be a serious option, but why the hell not? Nixon and Reagan had to run numerous times in order to gain power. They didn't have Dwight Eisenhower's name recognition or resume to get them through.

Romney is a Nixonian character, through and through. He desperately craves the approval of his dead father and political power; his Mormon status in American society has made him an outsider.
on January 16, 2015