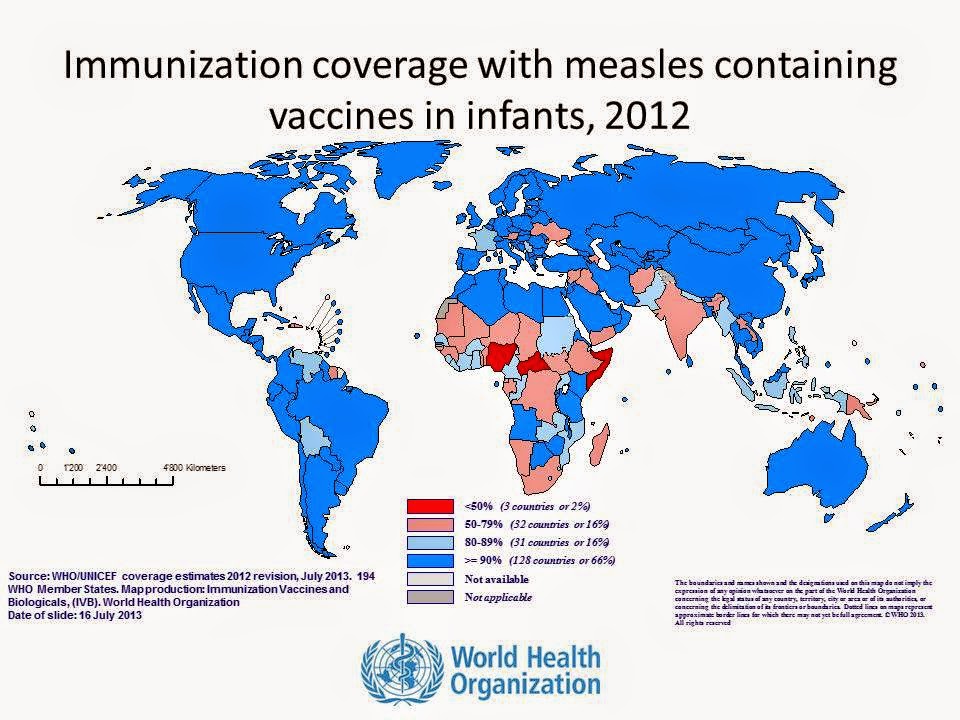 You know, this is just plain ridiculous and unnecessary:

Last Wednesday, the number was 59. Nine days later, there are 91 cases of measles in California.

The California Department of Public Health sent out the latest numbers Friday of confirmed cases since December and while the total is still small, the jump was a startling 54% in just more than a week.

The new numbers include two cases in Marin County, near San Francisco, where one parent of a 6-year-old has asked school officials to bar any children who have not been vaccinated for measles, mumps and rubella (MMR).

Stupidity, as spread by the Internet, is now one of the most dangerous things in the world, rivaling guns and teenagers with whiskey, guns and car keys. I don't know how you fight stupid. I do know that vaccinating children is the biggest no-brainer in the history of no-brainers.

Vaccinate your kids, dummy. You're not special. You're not preventing disease with holistic bullshit practices sold to you by quacks. You're killing people everywhere by failing to understand the basic common sense behind vaccinations and herd immunity.

Why are we even talking about this in 2015? This is a world where astrology, Herbalife, and supply side economics are treated as actual things that work. We are a bit fucked, I reckon.
on February 01, 2015