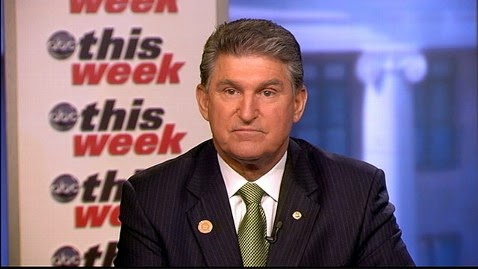 Sen. Joe Manchin (D-W.Va.) said Thursday he was disappointed that the White House threatened to veto his legislation approving the Keystone XL pipeline, arguing the president’s move was “not the way a democracy works.”

The West Virginia lawmaker said he was upset Obama did not reserve judgment on the bill until it went through the committee and amendment process in an interview with Fox News’s “America’s Newsroom.”

“I just couldn't believe that out of the gate, two hours after [Sen.] John Hoeven [R-N.D.] and I announced that were introducing the bill, that they would come out from the White House and the president would make a statement that he's going to veto it,” Manchin said.

The Democrat said he had been hopeful the president’s history serving in the Senate would have led him to hold off on a veto threat.

“I would have thought the president would say, ‘Listen, being a former legislator, I'm going to wait until this process unfolds. And at the end of the day, I'll tell you, do I like what they came up with, or do I not like what they came out with, and this is my reason for veto,’ ” Manchin said. “[He] never even gave it a chance, never even gave it a chance. Now, that's just not the way you do legislation. It's not the way a democracy works. And it's not the way the ... three branches of government should work.”

Here's how George W. Bush handled that whole democracy thing "after the process had unfolded":

House Speaker Nancy Pelosi said Friday she is "praying" that President Bush has a change of heart and does not veto a bipartisan children's health insurance bill that he has labeled an unwarranted expansion of government-run health insurance.

"I think I have to pray a little harder, but I will not give up," Pelosi said."The tide is going a different way than a presidential veto would reflect," Pelosi, a California Democrat, said. "It was with great friendship that I reached out to the president this morning to say that I was still praying that he would have a change of heart and sign this legislation."

Pelosi's comments came a day after the Senate voted 67-29 for the measure, which would expand the State Children's Health Insurance program by up to 4 million children.

It sounds like Manchin is mad that President Obama, a former legislator who watched Bush's second term chew democracy up like a cheap thing and spew it into the gutter, is trying to save him some precious time and effort. He should thank the President for taking a stand against the Keystone XL Pipeline and not question if he knows what a democracy is all about.
on January 08, 2015