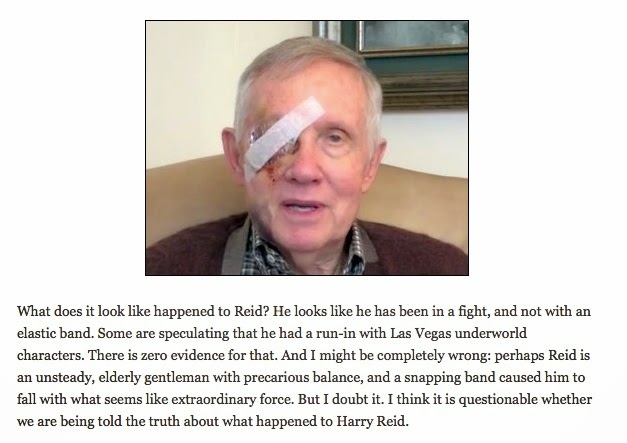 John Hinderaker at PowerLine believes that there is something amiss, and that makes for blogging gold on the Internet! Yay!

No, of course we're not being told the truth about Harry Reid. He's a Democrat, and liberals are the real haters and this is all payback for George W. Bush and his run-in with a pretzel.

Another cherished moment of a life spent watching insanity flicker in front of you on a computer screen. Is it 2005 again? Jeebus.
on January 06, 2015