Cashing In Leads to Sloppy Work 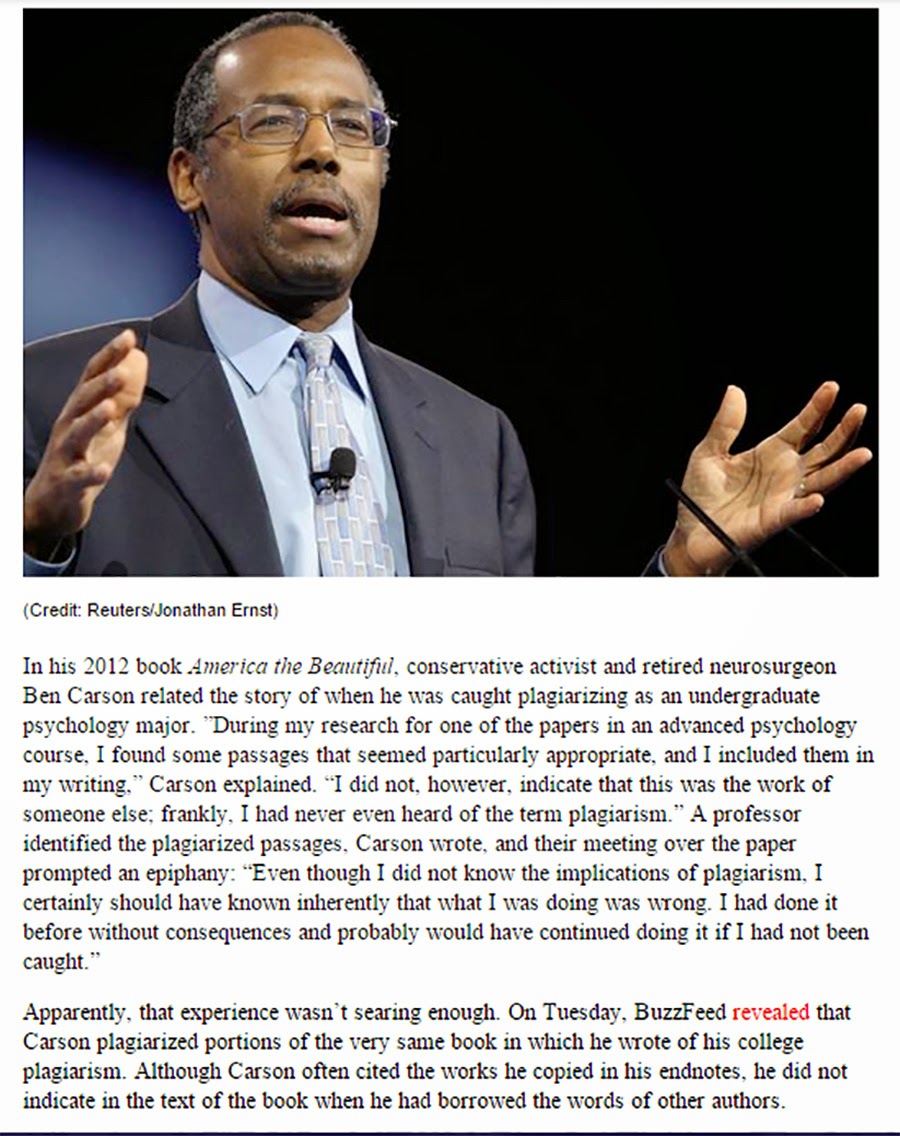 Modern conservatism is a racket, just like war or selling flavored water. Ben Carson getting caught for plagiarism is like Newt Gingrich getting caught in a lie--it's hardly news and it doesn't surprise anyone who understands that Carson is simply cashing in on what little name recognition he has built up by being a conservative troll.

Wingnut welfare is what it is properly known as, and, in the rush to get a book out with Carson's name on it, they didn't hire competent staffers and the thing ended up looking like a mishmash of someone else's plagiarized bullshit.

The circle is complete. Someone with no ideas lifted the idea-free work of someone else and money changed hands and nobody's mind was changed about anything. Success!
on January 07, 2015