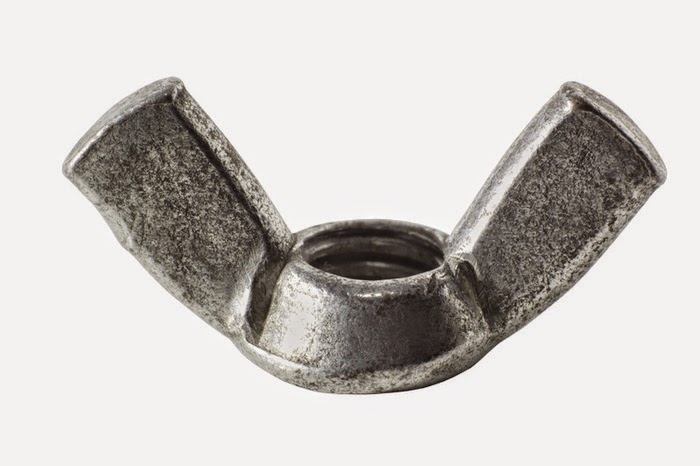 The Albert Lea Tribune remains the go-to resource for wingnuts everywhere. Here's Mike Gordon, lamenting the fact that tolerance for other people is being practiced in a community in which he does not live:

How sad for America and religious liberty that a school board in Maryland has stripped the school calendar of the names of Christian and Jewish holidays to please a handful of Muslim protesters (“To appease Muslims, school district drops Christian, Jewish holidays from calendar,” Web, Nov. 12). Christmas, Easter, Yom Kippur and Rosh Hashanah will no longer be welcome in that county’s public schools.

Why does a small minority always get its way and the much-larger majority is forced change its customs and beliefs and bow to the demands? Our country’s founding was secured in the Judeo-Christian nation, despite president President Barack Obama’s erroneous declarations in 2008 that this is no longer the case.

Immigrants who come to America have always been expected to assimilate and learn our language. Most come here because they want to be Americans. If they don’t accept that, then they shouldn’t come here. Let’s stop changing our American ideals to please the whims of people who refuse to take up our way of life.

You'll note the irony of a man with the surname Gordon lamenting the fact that immigrants have been expected to assimilate and learn our language. It's as if there were a Scotch-Irish drinking game that involved saying something ridiculous and then taking four swigs from a pint.

Gordon bases his statement on a popular wingnut trope; namely, the old Sean Hannity edit of an Obama quote as detailed below:

The way it actually came out was:

Obama, June 28, 2006 (as delivered): Whatever we once were, we are no longer a Christian nation – at least, not just. We are also a Jewish nation, a Muslim nation, a Buddhist nation, and a Hindu nation, and a nation of nonbelievers.

That wasn't as smoothly stated as he had intended, but the meaning remains clear to any reasonable person. Saying that the U.S. is not "just" a Christian nation carries the sense that it is both a Christian nation and more: a nation of Jews, Muslims, Buddhists, Hindus and nonbelievers as well. Furthermore, any survey of religious beliefs held by Americans will show that to be a factually correct statement. However, what the authors of this and similar mass e-mails have chosen to omit is the word "just," converting Obama's factual description of America's diversity of religious beliefs to a statement that some interpret as anti-Christian. This snippet from Obama's two-year-old speech was resurrected June 23 by Fox News, which aired it a number of times. Although the Fox clip retained Obama's awkwardly worded qualification, "at least not just," Fox commentator Sean Hannity said the quote nevertheless showed Obama "seeming to downplay the current role of Christianity in the United States of America." (Hannity also claimed Obama had said the same thing during his 2004 keynote address to the Democratic National Convention, but he was wrong about that. No such words appear there.) The "news program" that the chain e-mail refers to is almost certainly one of the Fox News re-airings of the two-year-old quote. We received our first Ask FactCheck query about it the day after Hannity aired it, but by then the word "just" had gone entirely missing.

Ask FactCheck query, June 24: Did Barack Obama state in a news conference" We are no longer a Christian nation; we are now a nation of Christians,Jews, Muslims, Buddists…"

That was followed by several others, including the version quoted in full above. None included the word "just."

There are indications that the inaccurate version – omitting the word "just" – has been spread in an organized effort to discredit Obama. The news database Nexis contains two letters to the editor that appeared in different states over different signatures, but with words that are nearly identical to the e-mail we quote above. One appeared in the San Angelo (Texas) Standard-Times on July 29. It begins:

Texas Letter to the Editor, July 29: As my husband and I were watching a news program earlier this week, we watched in horror as Barack Obama made the statement with pride …"we are no longer a Christian nation; we are now a nation of Christians, Jews, Muslims, Buddhists."So many other statements made by him (and his wife) were upsetting enough, but I never thought the day would come when we would hear something like that from a presidential candidate in this country.

The second version, supposedly from another person in another state, appeared Aug. 3 in the Inland Valley Daily Bulletin in Ontario, Calif. In this version the writer tells of watching the news program alone, not with a spouse, but otherwise it contains strikingly similar wording.

This is what happens when you show a little tolerance in America--the wingnuts pounce, making themselves victims of something that doesn't even affect them. I suppose hurt feelings would matter if their concern for the rights and privileges of others was reciprocated, but oh well.
on January 13, 2015