A Sheet of Loose Sand in Afghanistan 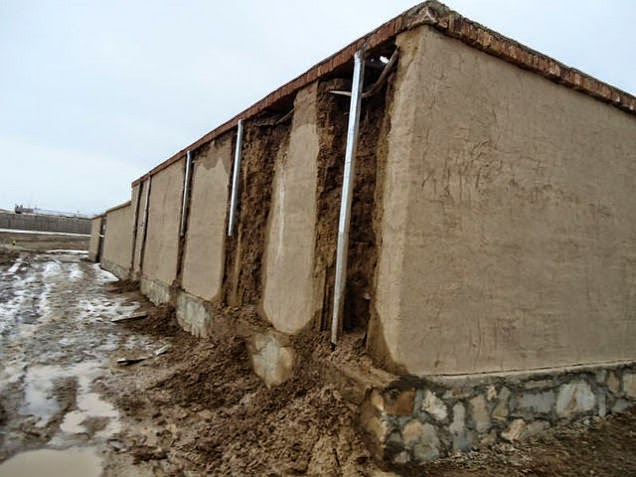 Here's another example as to why we should have left Afghanistan over a decade ago.

In political science class, China was described to us as a "sheet of loose sand," which is a catchall term that describes the 19th Century exploitation of China by imperial powers. Afghanistan is not only a deadly and dangerous sheet of loose sand, it is a country where buildings are built out of sand in exchange for money in order to convince the imperial powers trying to do business there that they are not being ripped off.

The Special Inspector General for Afghanistan Reconstruction (SIGAR)—who, like his onetime Iraq counterpart, is charged with the interminable task of tracking fraud, waste, and abuse in America's war zone—completed its report Sunday on the very short life of the Afghan police's "dry fire range" in Wardak Province, which was intended to replicate "a typical Afghan village" and be used "to conduct simulated police search and clearance exercises," but ended up dying prematurely and needing to be completely rebuilt:

SIGAR found that within 4 months of completion, the DFR's buildings began to disintegrate. These "melting" buildings were the direct result of the construction contractor, Qesmatullah Nasrat Construction Company (QNCC), failing to adhere to contractual requirements and using substandard bricks and other building materials. Unfortunately, this problem was compounded by poor oversight on the part of the responsible U.S. government officials.

That's a polite way of saying "the natives just ripped you off." Actual money was spent constructing those buildings. American money.

Tell me again why we're in Afghanistan. I can't seem to understand anything anymore.