This is Why We Can Invade Iraq Again 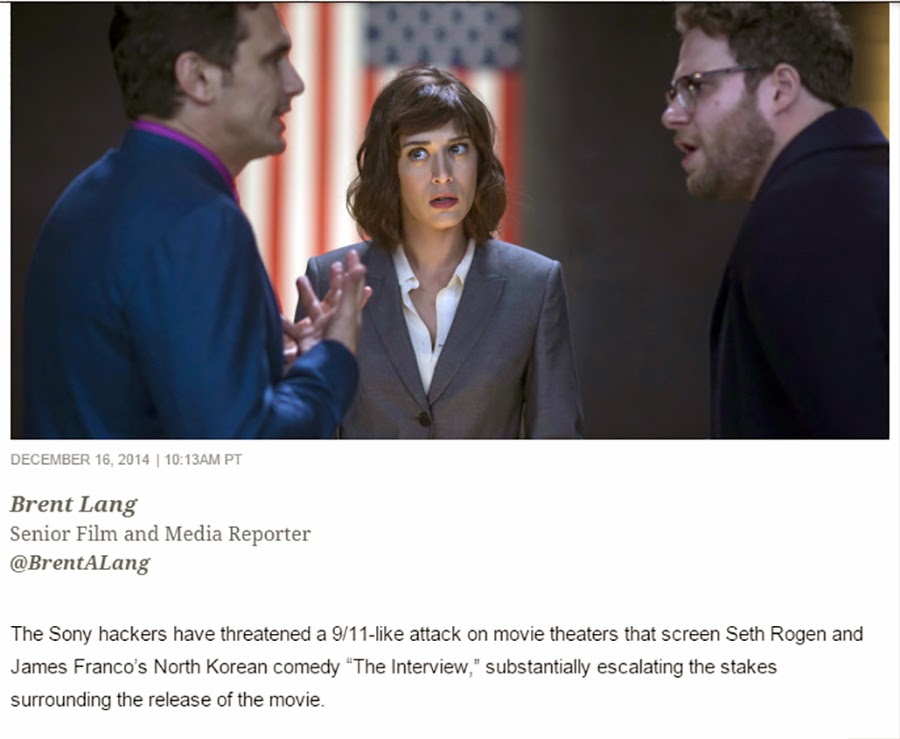 All someone needs to do is figure out how to blame the hacking of Sony on the Iraqis.

Once we do that, we have the case for war. We can invade. We can go break shit. We can own that country all over again.

The problem is, these hacks probably come from the Chinese, who are receiving some hard currency or some other form of graft from North Korea and we can't invade those countries. But, anyone threatening another 9/11 falls under the new American doctrine which allows for tearing up old agreements.

Seriously, though. Threatening another 9/11 isn't cool. Someone is going to overreact to this and we may well end up with a sequel to this movie. Killing Vladimir Putin would make a great film, but he'd probably just kick Franco's ass.
on December 16, 2014