This is What is Shocking About the CIA Report 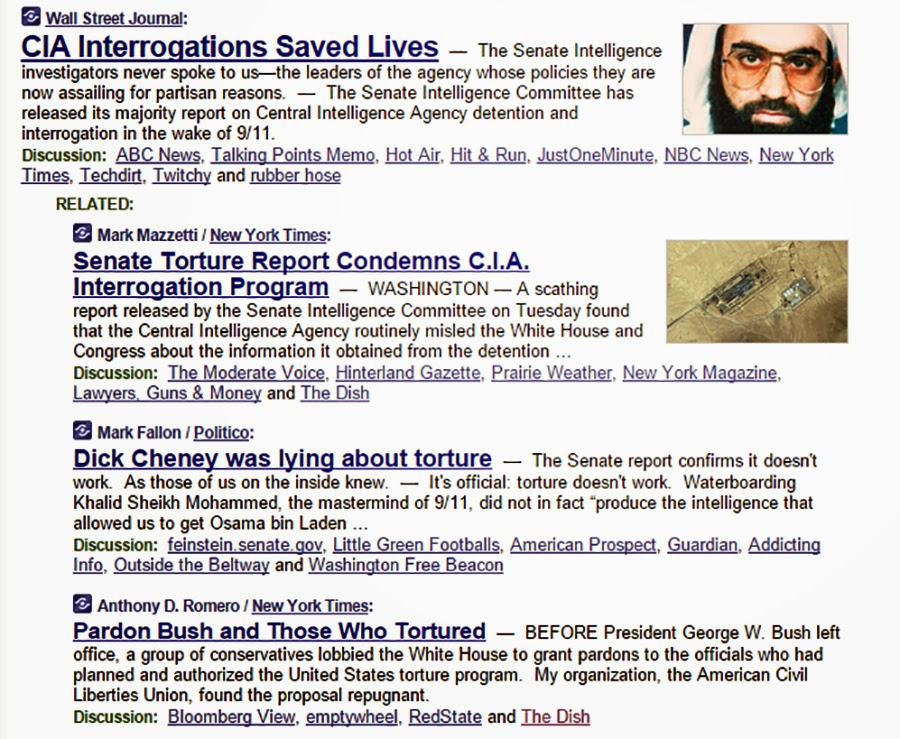 So, here's the thing about the release of the CIA report that concerns torture to acquire intelligence.

And we're shocked by that?

There are some things that should be accepted as fact and they are not. The big one is, the Vice President of the United States of America acted in the capacity of a war criminal and should be delivered with his medications and some family pictures and a few nice books to read to his new jailers in The Hague. They can figure out what to do with him and with his accomplices.

The crimes you're reading about were carried out by callow men who weren't defending America. They were playing politics with American foreign policy and our intelligence gathering apparatus. They were politicizing the defense of America from an enemy created solely by the need to have a new enemy. Our decade plus freakout over the tactic of terrorism has led us to a place where we can't even agree on whether or not Dick Cheney was a liar.

He most emphatically was.

The shocking thing is that nobody is on trial or in jail for what was done. We know they tortured people. We just lack the ethics of a people that would condemn such things. We are led by unethical people. We know that if the Obama Administration did try to hold the previous administration accountable that this president would be impeached and that the mechanism of government, which has already had sand thrown in the gears in order to obstruct everything possible would lurch to a government shutting down standstill.

So, the way forward is clear. Dick Cheney lied. We tortured people. Now we have to have the accountability moment, and we're avoiding that because of bald-faced wingnuttery?

This country is well and truly fucked.

They're talking about pardons before anyone has even been held accountable, that's how fucked we are.
on December 09, 2014