There is No Love For the Film Unbroken in Japan 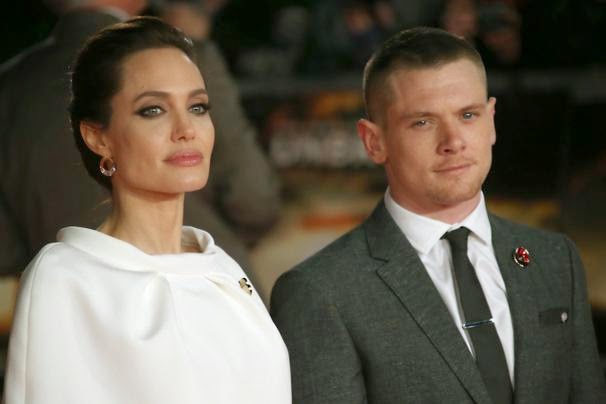 This does not surprise me:

Angelina Jolie's new movie "Unbroken" has not been released in Japan yet, but it has already struck a nerve in a country still fighting over its wartime past.

And the buzz on social networks and in online chatter is decidedly negative over the film that depicts a U.S. Olympic runner who endures torture at a Japanese World War II prisoner-of-war camp.

Some people are calling for a boycott of the movie, although there is no release date in Japan yet. It hits theaters in the U.S. on Dec. 25.

Others want that ban extended to Jolie, the director - unusual in a nation enamored with Hollywood, especially Jolie and her partner Brad Pitt, who both have reputations as Japan-lovers.

The movie follows the real-life story of Louis Zamperini as told in a 2010 book by Laura Hillenbrand. The book has not been translated into Japanese, but online trailers have provoked outrage. Zamperini, played by Jack O'Connell, survived in a raft for 47 days with two other crewmen after a plane crash, only to be caught by the Japanese and sent to a prisoner-of-war camp.

We're at a place now where Americans can't look down the end of their nose at the Japanese anymore. Their crimes ended when World War II ended. Ours have occurred during the War on Terror. So, I'm not sure why the Japanese persist in trying to ignore or downplay depictions of their history. They cannot be lectured by American anymore and quite a bit of time has passed. There's no need to condemn Angelina Jolie for anything unless, of course, she gets the history wrong or does something unfair.
When you see Louis Zamperini being abused in the film, try to comprehend that this was how the Japanese treated their captives. This was how it was done on a scale that extended to the Chinese and the Koreans and everyone else who came into contact with Japan's war machine. This went on and there was an attempt after the war to hold Japan accountable.
What keeps this in the news are a minority of Japanese leaders or thinkers who refuse to accept what was done. The evidence is overwhelming and yet they deny the history right in front of their eyes. They deny the fact that the Japanese often beheaded their captives. You wouldn't even know Zamperini's story if he had been treated like many other Americans captured during the war.
In any event, how does this translate into a ban on Angelina Jolie? Shouldn't there be a ban on anyone who denies the truth of history?
on December 12, 2014