The Problem of Piracy 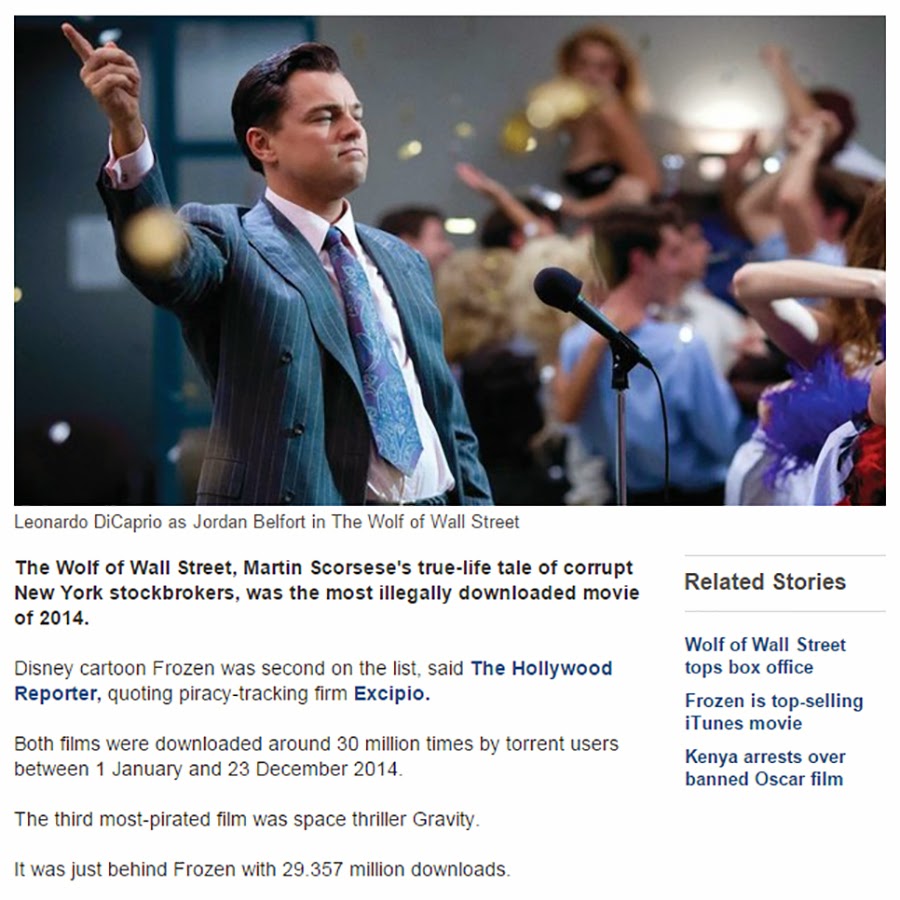 If we round everything off neatly, and call it 90 million downloads, at a low ball figure of $7 a pop, we see that Hollywood lost, on just three different films, about $630 million dollars. That $630 would have produced all three of the films, budget wise, and probably a handful of others.

Hollywood can ignore a little cheating and a little downloading for a while, but when just three films are responsible for over a half a billion dollars in lost revenue, then an unreasonable reaction to piracy is well underway. These people are going to get their money and they're not impressed with the argument that, on the Internet, everything should be free.
on December 29, 2014