The Obama Record on Jobs 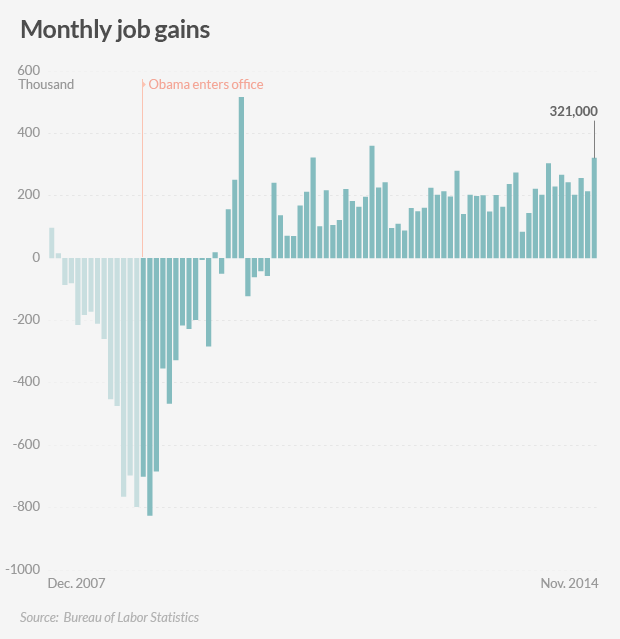 I have no doubt that we will see recession in the next few years, probably in time to sink the Democratic Party in the 2016 election cycle, but this is amazing stuff.

The Obama record on jobs is hard to comprehend. Absolutely nothing is being done to stimulate job growth through policy or spending from this Congress. We could have 4% unemployment right now, easily, with infrastructure spending and a comprehensive jobs program. This Congress could create small business-friendly legislation that would trade tax credits for job creation and we could put more people back to work.

There are structural issues to the American economy, of course. The deficit keeps shrinking, thanks to a Congress that is trying to starve the innovation out of the government. We can't keep spending on defense the way we have been over the last decade no matter how many wars John McCain thinks he'll be able to start by appearing on television. The Obama record on winding down America's wars of choice should come with some measure of job loss domestically. The opposite is happening--as we draw down overseas, we're still creating jobs without the benefit of a reasonable Congress acting to stimulate and reward positive job creation.

If we really want to talk about who's "winning the morning" or winning the week, the Obama record on jobs is what's winning right now. And, by extension, so is everyone who is going back to work or moving up the ladder to a better job.
on December 05, 2014