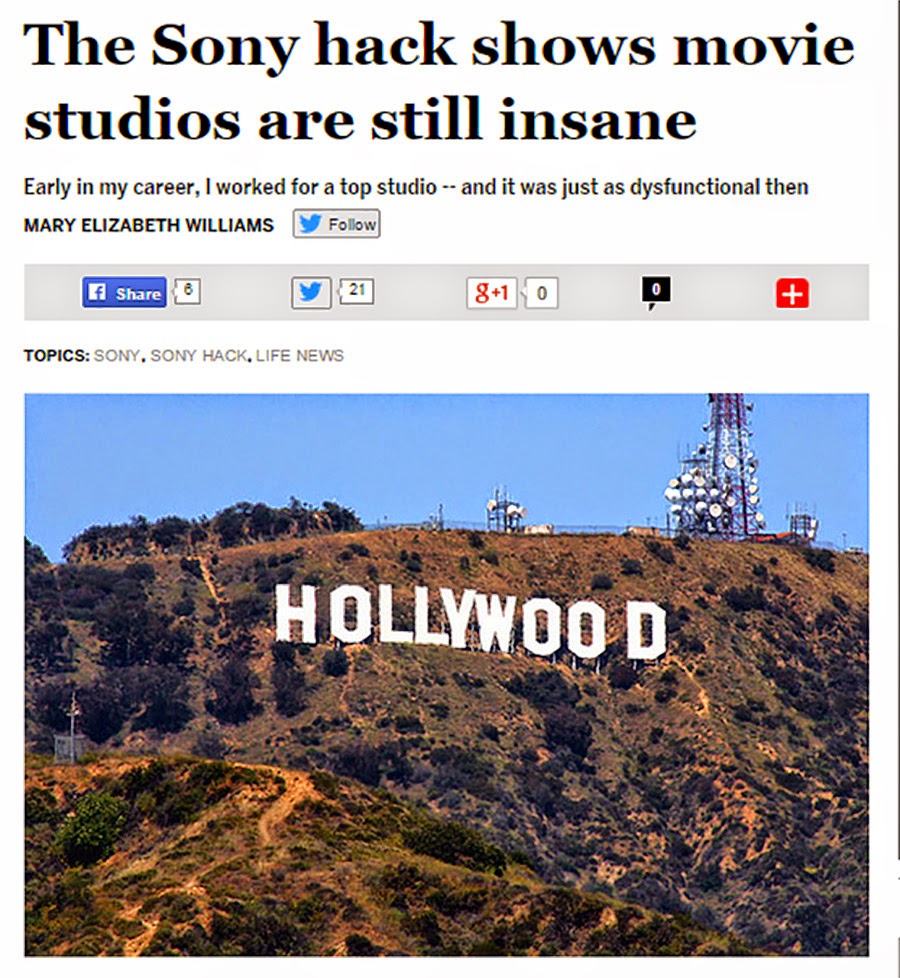 I have read a few of the documents leaked by hackers from Sony, the erstwhile movie studio that can't seem to make movies anyone wants to see, and I think we need to remember something about how certain industries function.

In the education world, people are enormously petty and difficult over semantics and small things. An entire department can be blown sky high over an insult or a coffee maker message, pleading for better cooperation. It is a largely unreal world that doesn't have anything to do with the lives of most Americans.

In the military, you have to dance with them what brung you. Each and every unit is vastly different from the next and so you are largely dependent on whoever is running your unit and who you are serving with. Don't like it? Your unit will be completely different in two years thanks to attrition, changes of command, and mission. It is a largely unreal world that doesn't have anything to do with normal American society but it gathers all of the problems and amplifies them with alcohol.

In the IT world, you have to deal with smart people who don't know much. It is a largely unreal world where women have to operate as if being female is a curse and not just who they are.

In the film business, you can say anything you want to another human being and not be held accountable. The only thing that matters is if you can survive being fired because you didn't complete a profitable project. You can talk to people in ways that would get you fired in the real world. If someone exited the movie business and acted the way they do around movie people in any other industry in America, they would be beaten and fired, probably within five minutes. It is a largely unreal world in the film business and you have to have an ego to rival that of a sociopath.

For all of these areas, change is nonexistent. People come and go but the way things are never changes. No one wants it to change. Everyone knows there's a decent, ethical way to deal with other human beings that will lead to great accomplishments and happiness for many.

Fuck that shit. The misery of others is a fetish and a drug, and people consume it like air and water while living.

I don't know much else beyond that. Everything else is bullshit.
on December 10, 2014