The Historical Lunacy of Silence Patton 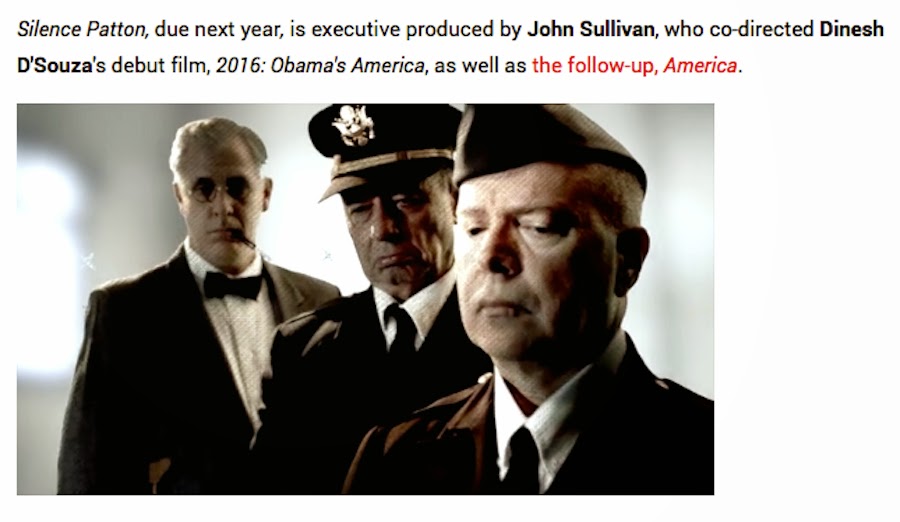 The thing that made me laugh was seeing Franklin Delano Roosevelt, who died on April 12, 1945, on his feet (must have been wearing his braces, right?) in this composite scene, standing over the death bed of General George S. Patton, who died on December 21, 1945.

I mean, honestly. If you can't remember to put Truman in Roosevelt's place in your ridiculous little conspiracy movie, you should give it a rest.

Nearly every conspiracy theory will unravel because of this kind of half-assed mistake if you look for it. Patton is remembered specifically because of George C. Scott's portrayal of him in a movie timed perfectly to help Americans forget about the debacle in Vietnam. Patton was not watched closely by the Germans and his insistence on movement was in keeping with a military tradition that escaped his contemporaries. He was a military descendant of William Sherman (slip around the enemy and raise hell all around him) while everyone else followed the U.S. Grant philosophy of grinding down the enemy with frontal assaults (and being stopped, more often than not, because of a lack of imagination).

The man himself descended into buffoonery when the war ended, most likely because of his health and numerous head injuries. No one was afraid of him--they were tired of his bullshit.
on December 10, 2014