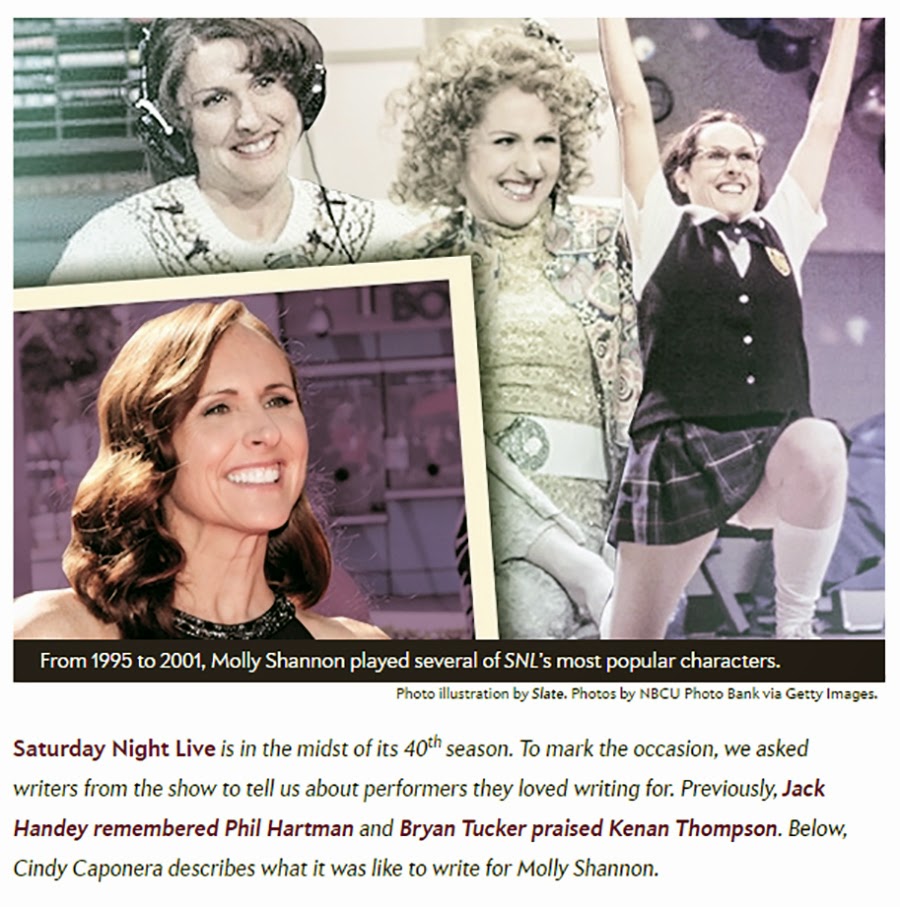 I get why Will Ferrell ended up with the career and the status that rightfully should have gone to Molly Shannon. I think there is a gender bias that exists on almost every level in comedy and there's simply no way the American people could have embraced a post-Saturday Night Live version of Ferrell without his buddy picture accomplishments.

But, darn it, Molly Shannon should be the biggest thing in the country right now. How is she relegated to supporting status and bit parts? What an injustice.

Of all of the characters created during the 1990s on Saturday Night Live, Molly Shannon and her partners in crime--Ana Gasteyer and Cheri Oteri--were responsible for at least half of the best ones by far. The fact that these three ladies have been eclipsed by men who were never anywhere nearly as talented or original tells you why American comedy is a fart joke away from obscurity.
on December 03, 2014