The Casual Racism of the Hollywood Elite 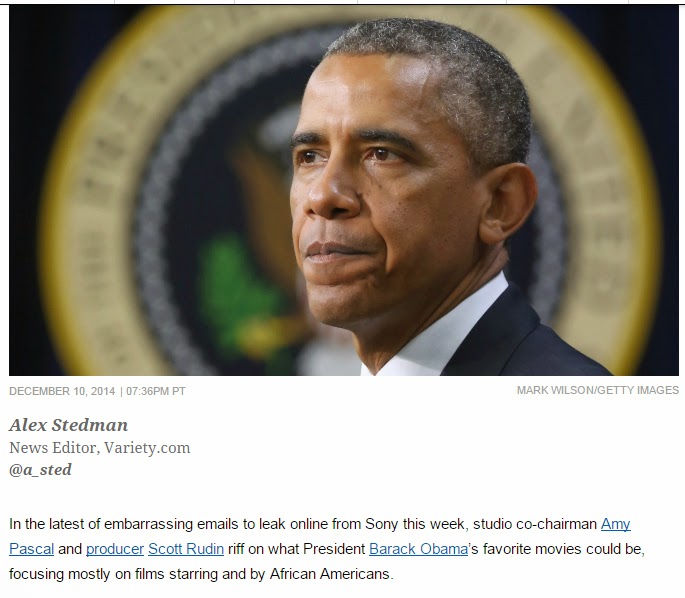 You shouldn't be at all shocked by anything anyone working in an elite capacity in Hollywood has to say. You are right to be appalled, but if you're shocked I have a bridge in Brooklyn I would like to sell you.

How is that Amy Pascal and Scott Rudin are still gainfully employed? If we can hound people out of their jobs over racism, Pascal and Rudin are certainly as guilty of the kind of racism found seemingly everywhere now. If Donald Sterling can have his NBA franchise stripped out from under him for trying to get laid, then Pascal and Rubin can be driven from the picture show business as well.

They may be part of the Hollywood elite but they're as out of touch and as unprofessional as any cabal of Republican Party county chairpersons found anywhere in the red state areas of America. Their casual language and their jokes should never have been exposed, you see. It's the hackers who are to blame. It's you and me for reading their private conversations. It's everyone but them, of course. The fact that they're racist egomaniacs who control the choices made about films and their distribution is irrelevant. It's not like they would screw Americans in order to get tax breaks to make movies, right? Whoops.

These are the people making the movies people go see. They're utterly appalling in the way the talk to one another and conduct themselves. They use the kind of language that should be reserved for satires about overbearing crazy people.

Oh well. This is how people talk. Casual racism is as much a part of Hollywood as anywhere else. The well heeled engage in it and then look down their noses at anyone who wonders why their shabby movies are so formulaic and politically correct. Pascal and Rudin will sell you the enlightenment of 12 Years a Slave but they're still sneering at the flesh and blood people who live in the world of today for being black.
on December 11, 2014