The American People Have no Memory 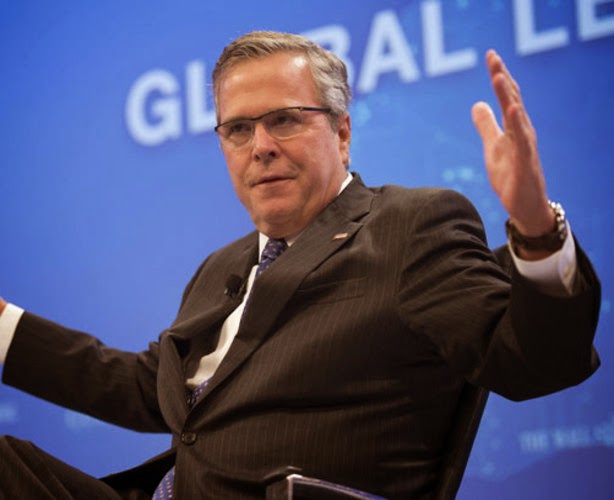 I'm of the opinion that, when the 2016 election rolls around, it will feature people we aren't currently considering for the job of President. So, this sort of thing is fun--Hillary Clinton vs Jeb Bush? Really?

Anyway, shit's getting real about 2016 here at the end of 2014. We've got David Brooks trying to shove Senator Professor Warren into the race. (Don't worry. She's too sharp to take advice from the likes of him.) And now, Jeb (!) is testing the waters again, and hoping that nobody will remember the names Terri Schiavo, Katherine Harris, or the fact that people were sitting in at his office. The brawl over the ever-shrinking Not Insane portion of the Republican party is now joined in earnest.

The American people have just been given eight solid years of about as much peace and prosperity as it was humanly possible to latch onto in this world. President Obama has an extremely low approval rate but he has avoided the incompetence of George W. Bush by a country mile simply by these three markers--the stock market is riding high, unemployment is dropping, and gas is less than $3 a gallon.

Not to mention the fact that we're getting out of wars and not getting into them with large land armies, but that's neither here nor there. With a single jobs or infrastructure spending bill, this country's economy would really take off, and we cannot have that, can we?

My belief is that, if Jeb Bush is on the ticket, Jeb Bush wins. He has always been the smartest Bush currently on the planet, smarter than his brother and his dad and able to win whatever he wants. He will probably get elected president simply by showing that he's inoffensive enough for everyone to accept as a leader.

Nobody is going to vote against him because of his name or anything that his brother did. That would require an informed electorate that wants real change and accountability for the obstructionism of the last eight years. We don't have that.