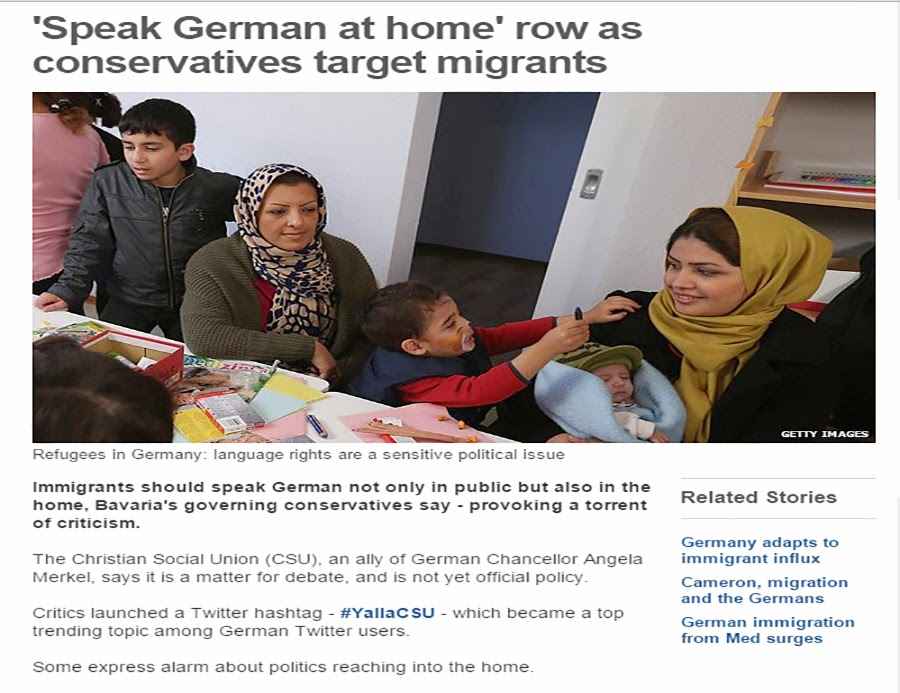 There is a bit of nationalism behind this--Germany has long had a difficult time integrating immigrants into society. There's also a bit of absurdity--Germany is a nation of expatriates and immigrants, enjoying the best economy in Europe and plentiful jobs for skilled workers. Speaking German at home reveals the inherent self-confidence crisis in the German character. The language is dying off with the elderly.

In two and a half years of living in Germany, I can tell you that there's almost no need to speak more than "retail" German. You need to be able to command a vocabulary of about a hundred words, if that. Phrases help, and so does courtesy. But there's no need to speak it and live there because everyone already understands a bastardized version of English. You can survive quite nicely there on a limited amount of German and on a reasonable amount of courtesy.

The death of the German language is on the way, however. Europe will figure out how to communicate in some hybrid language. However it sounds, it will be gutteral and abrupt enough to get you to your next destination.
on December 08, 2014