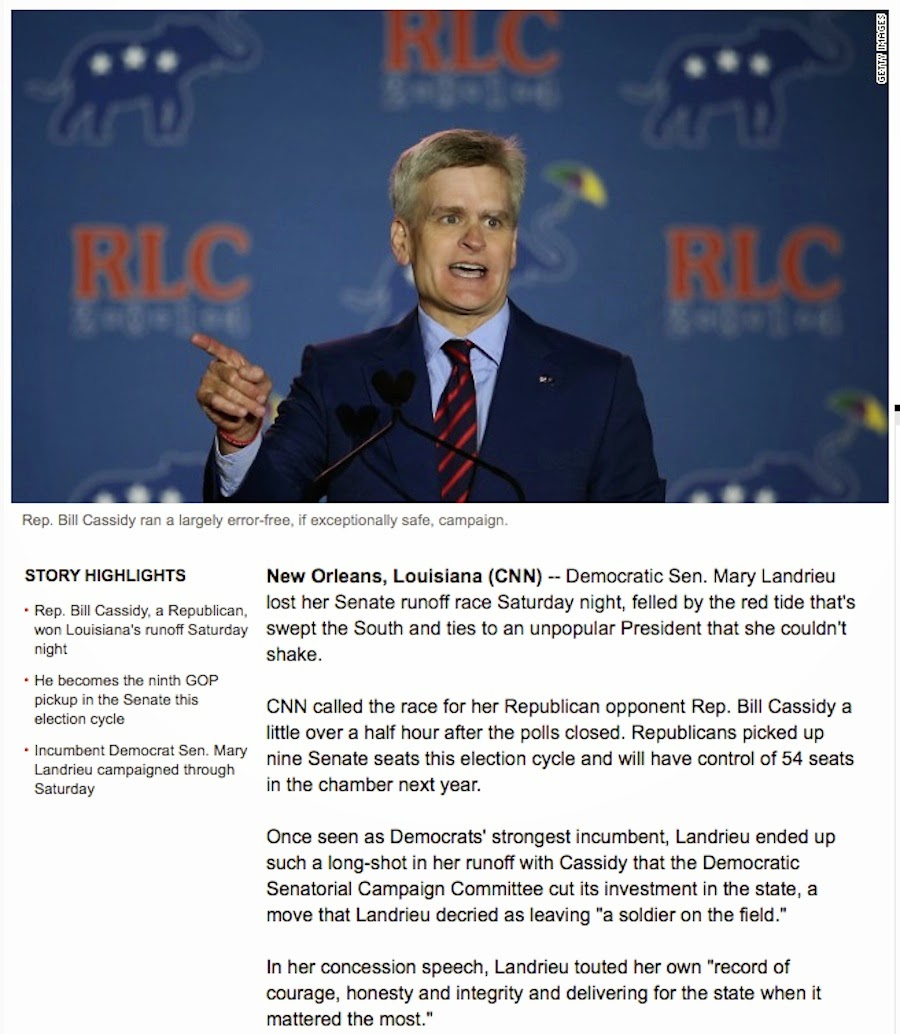 The thing you have to remember about Mary Landrieu is that she is trying to represent a state that rejected Obamacare and will never benefit from Obamacare so long as Republicans control the state:

The senator also said she didn't regret her vote for Obamacare, which the GOP used to attack her and every other vulnerable Democratic senator this cycle.

No one ever accused Mary Landrieu of being too courageous in politics. I mean, literally--no one would confuse her with a principled Democratic leader. She server her own needs and no one else's.

Once the good people of Louisiana stop voting against their economic self-interests, there will be Democrats who will step up and get elected. The problem right now is perception and Landrieu never really had good perception of how crazy the people in her state really are and how far they would go to destroy themselves by constantly electing Republicans.

That's exactly what happened in Kansas so, you know. That's what the people who live there want. It's not possible for the rest of America to understand how places like Louisiana and Kansas work because applying common sense won't work. They want fear, they want uncertainty, they want misery, and they want to inflict as much of that as possible upon themselves because it drives them crazy to see anyone black get anything ever. They would rather go without basic services than see someone else get a benefit from the government.