Nobody Showed Up to Shop 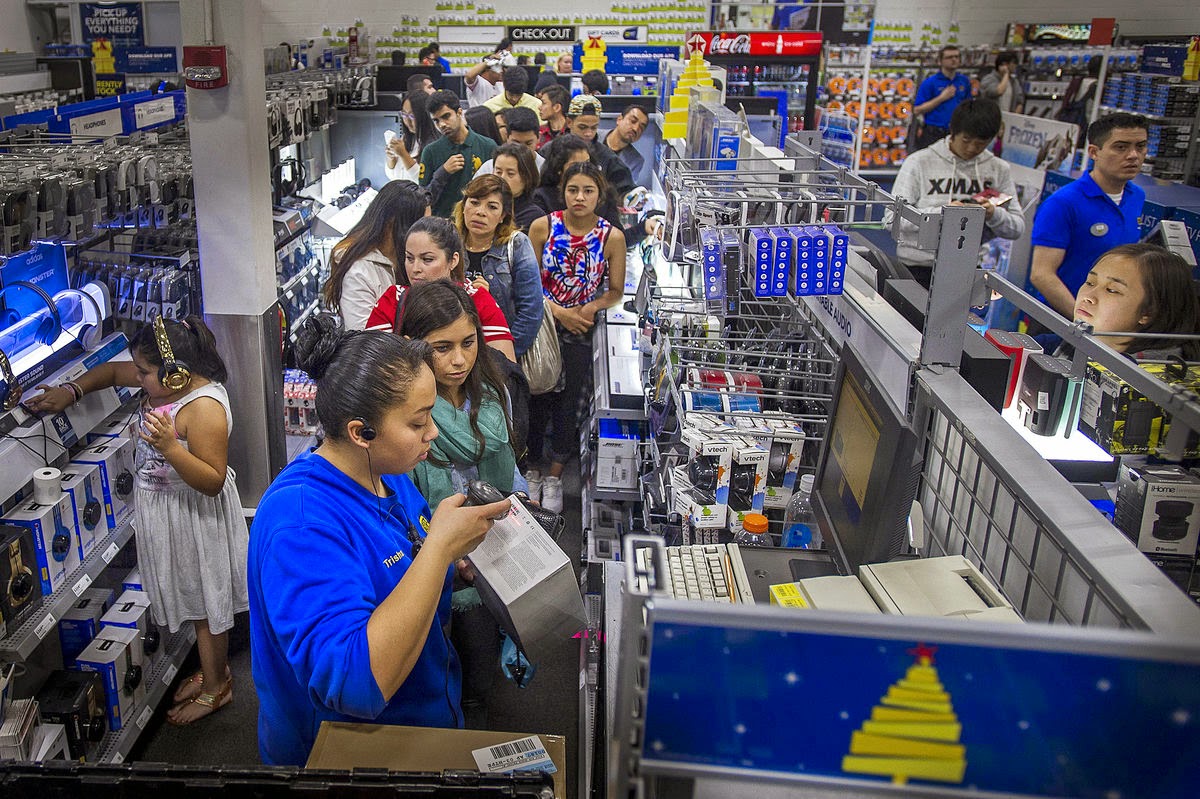 I don't know about you, but this is what I experienced on Black Friday:

Even after doling out discounts on electronics and clothes, retailers struggled to entice shoppers to Black Friday sales events, putting pressure on the industry as it heads into the final weeks of the holiday season.

Spending tumbled an estimated 11 percent over the weekend from a year earlier, the Washington-basedNational Retail Federation saidyesterday. And more than 6 million shoppers who had been expected to hit stores never showed up.

The decision to open stores on Thursday remains the worst idea in the history of American retail. There should be a law that says that if you open on Thanksgiving Day in order to sell anything other than gas and emergency supplies for hobos, you should pay triple the tax on anything you earn. We need to give people a set number of days off in this country--eight per year sounds about right--and we need to back it with a guarantee.

This is called basic common sense and it allows people some human dignity. How is that a bad thing?

I knew it was going to be a bad year, retail-wise, when I was able to park in the first stall right in front of a Pier One store in central Maryland. There weren't any crazy people, running around with shopping bags and battle axes and there were deals a-plenty. Someone somewhere better get ready for a major adjustment as to how the retail industry organizes itself. This time next year, how many book stores do you think will have closed?
on December 01, 2014