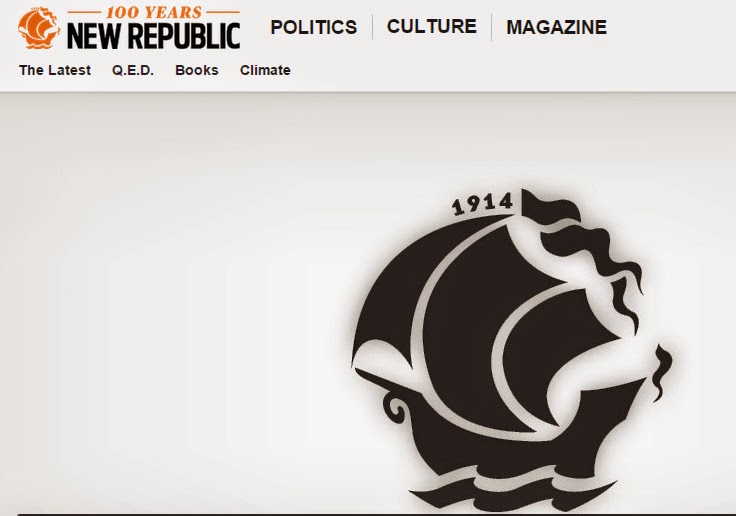 Honestly, the new editor of The New Republic isn't even trying to escape the magazine's horrible past:

In 1974, Martin Peretz, a 35-year-old social studies lecturer at Harvard College, bought The New Republic. He pledged to leave things as they were and to keep then-editor Gilbert Harrison “for a minimum of three years,” as Harrison told the Times. Sooner than that, however, Peretz installed himself as editor, resignations followed, and much of the staff was replaced by his former students. They would go on to dominate the masthead for the rest of the century.

A decade into Peretz’s tenure, Michael Straight, the owner-editor after World War II and son of the magazine’s first financial backer, wrote a letter to The New York Review of Books announcing “the spirit which Croly created and which Gilbert Harrison maintained in recent years was shattered.” Peretz, who stood accused of endorsing Israel’s 1985 bombing of Beirut, rightly ridiculed this appeal to constancy. “What spirit of The New Republic exactly would they be violating?” he replied to the letters page. “The magazine has had a long and complicated history.” Last year Peretz was the one complaining, writing in aWall Street Journal op-ed that the current owner, Chris Hughes, is “not from the world of Herbert Croly.” A survey of the many deaths and rebirths of The New Republic shows, if anything, that its most important survival skill has been to attract new champions from beyond its inner sanctum.

Note here that Snyder ignores the fact that Marty Peretz was all for the genocide of the Palestinian people and hated African-Americans to virtually the same extent; he was a race baiting crank given to fits of nostalgia for a time when you could actually say monstrous things in public and not be held accountable for them. He brought in Andrew Sullivan and helped mainstream things like The Bell Curve and the woefully inconsiderate contrarianism of Michael Kinsley. Real progressives haven't read TNR in decades, except with scorn and derision.

Peretz all but destroyed the magazine; Franklin Foer was well on his way to restoring it to some measure of respectability, albeit one centered around centrism and a more genteel version of taking the kneecaps out of real Democrats. The Chris Hughes/Gabe Snyder era will be the Buzzfeedification of the magazine along bro-centric lines. Do they have an ideology beyond clickbait?

Good luck making money with these inconvenient stories about how things were. People still aren't going to read it so why bring up the past? There's no getting past the Peretz years and no amount of denying the fact that the magazine was already destroyed is going to buy time for this debacle in the making.
on December 22, 2014