Don't Give in to the North Korean Regime 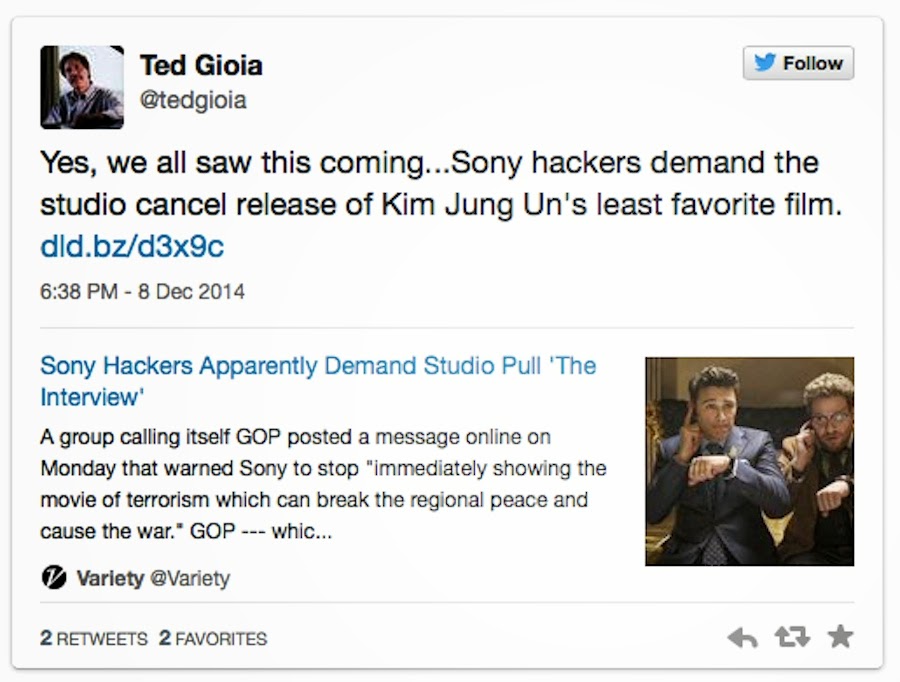 The year's most ridiculous foreign policy blunder comes to us from the hackers of North Korea. They have been ordered to stop a film that ridicules the regime that proves just how bad nepotism can get.

There's no reason to believe that this is a well-orchestrated hoax undertaken by Sony itself to drum up interest in a lame buddy film, is there? There's no indication that this is some sort of marketing stunt? A bit of that guerrilla marketing that was used to sell films of questionable quality a long time ago?

No, probably not. Dumping Sylvester Stallone's social security number all of the Internet wouldn't be a wise move for a major film studio unless, of course, it's a fake number and Stallone was in on it.

That's the problem with these things. You know James Franco lives a life of bullshit by association. Believing that anything he's involved in is real is a mistake you should never make.
on December 09, 2014