Cuba is For Lovers 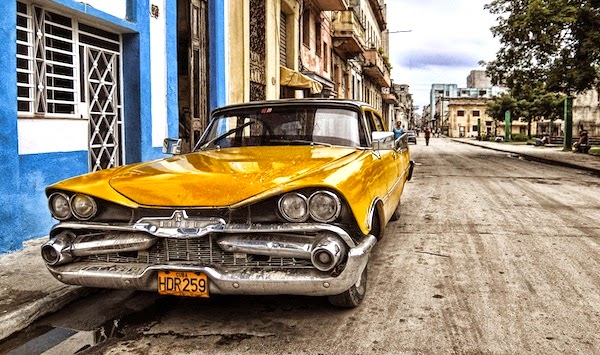 Some day soon, people will be honeymooning in Cuba, soaking up the local flavor and spending their dollars on bargains. The Republican Party is still wedded to the idea that communism is some sort of threat to someone:

The historic plan announced by President Obama on Wednesday to normalize relations with Cuba was met with heavy bipartisan resistance on Capitol Hill, raising questions of whether Congress will even consider easing a more than 50-year trade embargo against the communist state -- let alone end it.

Obama said the United States will cease what he called an “outdated approach” with Cuba, and take steps to normalize diplomatic relations -- including opening an embassy in Havana -- after American Alan Gross was released from the country following five years in prison as part of an agreement that also included the release of three Cubans jailed in the U.S.

Obama also called on Congress to have an "honest and serious debate" about lifting the trade embargo, which has been in place since 1962.

If the Republican Party cared about small business, it would be crafting legislation to do just that. Instead, they are owned by the people who were scratching out a meager existence hating the Castro brothers.

What are you gonna do with dead-enders? Mock them and ignore them. Cuban baseball players will trigger a resurgence in the game in America and Major League Baseball could add two quality teams on the Cuban mainland with no fuss at all. A minor league Cuban system would start producing hundreds of quality players who could play in America. If we went beyond that and started broadcasting games to Cuba and entered into limited cultural exchanges, well.
There's always money to be made when people are desperate for something. The Cuban people have a culture they'd like to share with people. We should embrace it and move beyond the rhetoric of the fools who knew this day was coming.
The American opening to Cuba was what George W. Bush should have sprung on the country in the fall of 2005. It would have gotten Katrina out of the news for a while and it would have created the impetus to get immigration reform done before Obama took over. As they say, you snooze, you lose.
on December 18, 2014