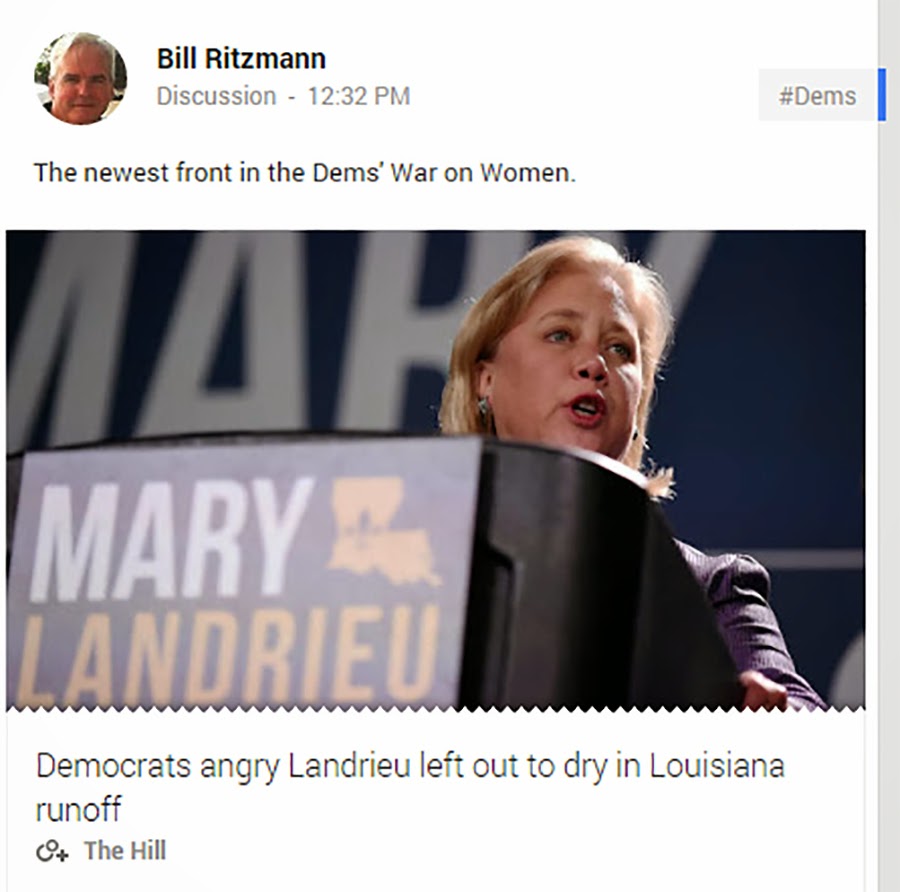 Don't make me laugh. Mary Landrieu abandoned the Democratic party, not the other way around. Why would any political party spend money on a candidate who can't win? As soon as the GOP sees a loser in a race, they cut their spending and abandon them to the fate--see the factory-shuttering clown in Minnesota who lost to Al Franken.

And I saw how you tried to flip the Republican War on Women (restrictions on abortions, transvaginal ultrasound legislation, denying women equal pay) to a "democratic" war on women. I don't appreciate your ruse, sir.﻿

There really is a war on women, and the Republicans are so sensitive to their decision to declare war on women that there is a subset of their kind who will go out on social media sites and attempt to flip it to a Democratic War on Women. The outrage!

Obamacare is a classic example of legislation that benefits women. How can you reasonably conclude there's a war on women, carried out by the Democrats, when they've delivered affordable health care for women?