Another Thing Obama Won't Get Credit For 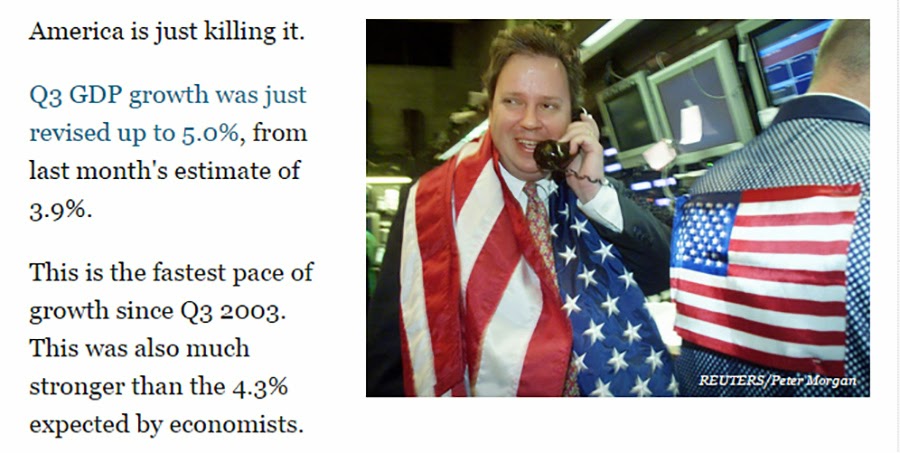 Oh, America is just wrecked, I tell you. Ruined and blasted and left for the scavengers.

The next time someone calls President Obama a soshalist or worst, just remind them that the economy boomed in 2014 like it was nobody's business. GDP went up, unemployment went down, and gas prices dropped like a stone. You get to a place like this with policies that don't create uncertainty, war or Democratic majorities.

This is the most screwed up I have ever seen the country. Things are going better than anyone could ever hope for and the President gets none of the credit. If a Republican was President, that's all we would hear about--the GDP, the unemployment rate, and the price of oil. That's all they would be talking about. But, because this is the Obama era, we're upset he hasn't ended racism and diseases no one has.