Amy Adams Is Not Going to Jump Through Your Hoops 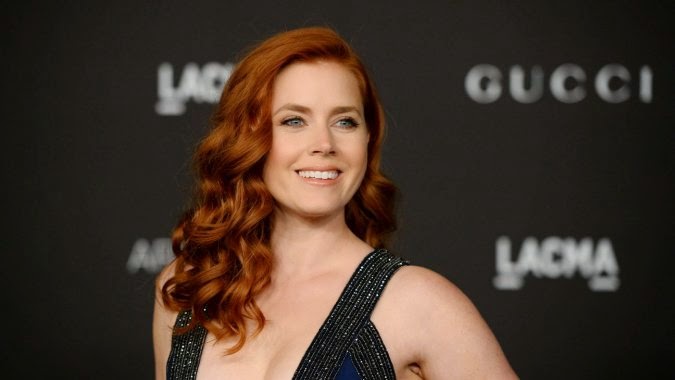 NBC asked Amy Adams to get up early this morning and subject herself to a series of humiliating questions. Specifically, they wanted to keep pushing the story of Sony being hacked and ask her how she felt about being paid less money than her co-stars on a film.

They're not interested in her answer. What they want is to keep the story going so that they can find angles that will create click bait on their websites that other news outlets don't have yet. They wanted to create a moment of viral video where Adams has to answer to the fact that men are paid more than women for the same work.

In other words, they want to use her professional embarrassment to make themselves money.

How is that her problem if she doesn't want to jump through those hoops? Adams wants to promote a film that had nothing to do with Sony's e-mail hack and probably feels no professional obligation to help a failing business get up off the ground, which is what The Today Show is.

In the latest fallout from the Sony Pictures hack, the Today show pulled a segment with Amy Adams after the Big Eyes star wasn't comfortable answering questions on the controversial issue.

Adams was in New York to promote the Tim Burton-directed film, that included a stint hosting Saturday Night Live. She was slated to do an interview on Today not long after her SNL hosting gig but producers pulled the segment after the actress wasn't prepared to answer questions relating to the Sony hack.

Among the trove of stolen emails, it was revealed that Adams and Jennifer Lawrence made less than their male co-stars Bradley Cooper and Christian Bale for the film American Hustle.

NBC reminded everyone why they hate The Today Show and why Amy Adams is one of the few decent human beings in the entertainment business.
on December 23, 2014