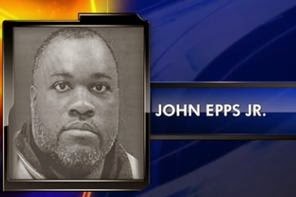 Epps Jr. has been accused of inappropriately touching two middle school females in Montgomery County. It's all on videotape, apparently, and his actions caused Montgomery County Public Schools a tremendous amount of embarrassment (which is what we call legal liability) when it was revealed that he had worked at nearly 60 different schools in the district.

In the old days, you would call him a pervert or worse. Now, you just call him a contractor:

So, how did Epps Jr. manage to gain access to nearly 60 schools in a day and age when student safety and wellbeing are two of the highest priorities? MCPS administrators were quick to point the finger at the 44-year-old's employer, Rockville-based Netcom Technologies, Inc.

In May, Netcom, Inc. hired Epps Jr. from a temporary staffing agency. Yet, instead of running its own independent background check, Netcom, Inc. accepted the paperwork the temp agency had on file. MCPS says those documents were grossly inaccurate.

"Going forward, Netcom has said [it] will do full checks on any temporary employee hired to work in a school. We are also reminding all of our contractors who work in our schools what their obligations are under the law and requiring they re-run checks on their employees working in schools," MCPS spokesman Dana Tofig said in an email sent to ABC 7.

Netcom, Inc., which has earned tens of millions of dollars in contracts from MCPS over the last 20 years, did not return our phone calls seeking comment.

Going forward, Netcom Inc. will still make a lot of money putting perverts on their payroll and pretending to know something about the people they hire. Profit margins being what they are, does anyone really expect this company to sweat a little butt grabbing? That's for the lawyers to work out.

Epps Jr. has made a career out of butt grabbing. Let's hope someone finally registers him as a sex offender (another failure documented in the article) and keeps him away from school kids.
on November 07, 2014