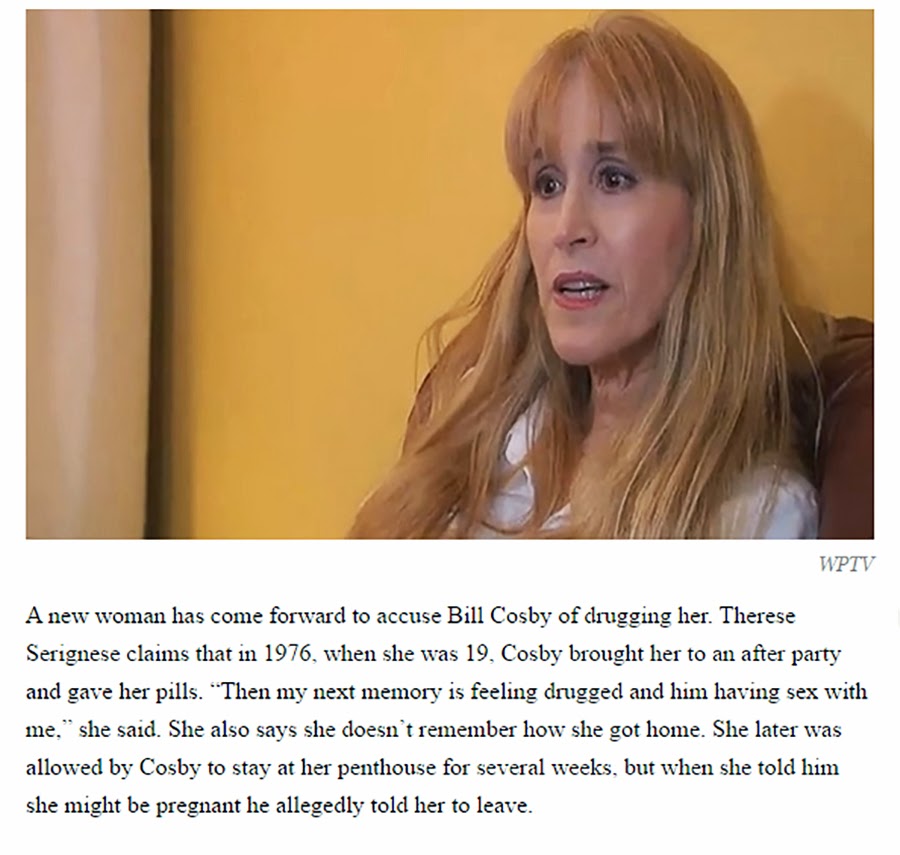 It would appear that Bill Cosby has a problem with being accused of committing serial rape in this country. Did he commit any crimes overseas? Is there any way to bring him to justice in another jurisdiction? Why is he getting away with it?

The statute of limitations has rendered Cosby untouchable. He will likely go the way of Joe Paterno, disgraced but wealthy and confused about his status.

This country can forgive a lot of things. Cosby raped his way through a lot of lives, it would appear.

Norman Rogers is a horrible, horrible man. He was said, in effect, that an adult male can use the $300 hooker to solve a lot of problems.

"A fifty dollar whore is good in a pinch, but she is desperate and sometimes unattractive. If you pay $300 for the services of a professional working girl, you can expect that she will be reasonably attractive and unwilling to turn on you. Bill Cosby could have hired a $300 girl every week of the year. That's $15,600 per calendar year, including your Christmas Ham Boning or whatever you want to call it. Over the course of forty years, that's a grand total of $624,000 spent on discreet, professional sex workers."

As Norman horribly explains, this would save many men a great deal of grief.

"Bill Cosby could have spent a mere $15,600 per year playing hide the baloney and all he would be guilty of is being a horndog. I am not condoning legalized prostitution--I think what they have in Las Vegas is a good model for what we should have in every state. We need special economic zones where regulated adult behavior is tolerated and controlled. Stephen Hawking uses professional women and people consider him a saintly genius. If Cosby were a mere whoremonger, he would likely be making over $10 million a year right now. Contrast that with a controlled budget for getting some ass on the side."

"What an old fool. He reminds me of Tiger Woods, who lost over a hundred million dollars for sex that would have cost him, at best, a few hundred thousand dollars."

It should be pointed out that Norman Rogers is a horrible man and his views are neither condoned nor understood.
on November 20, 2014