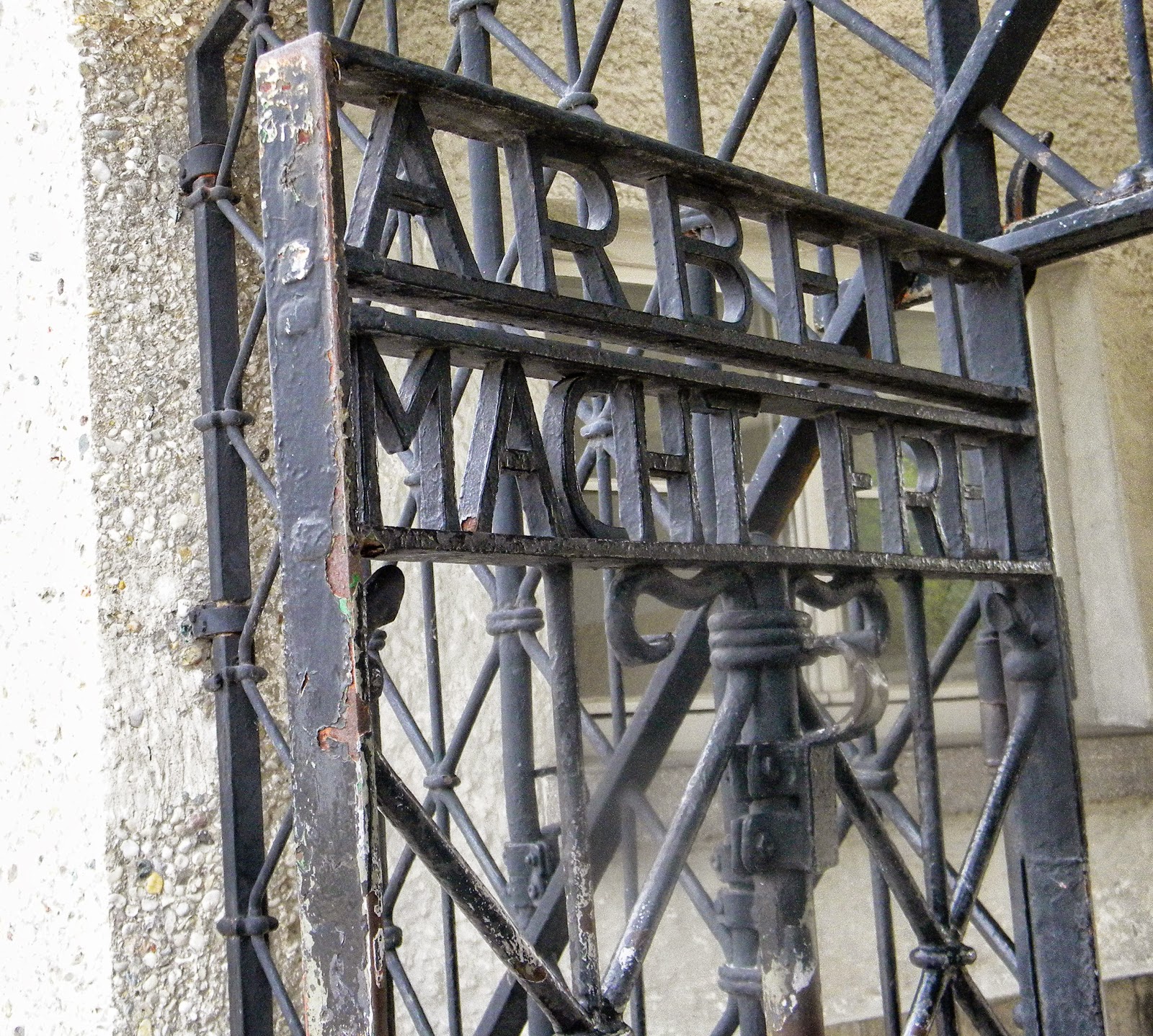 An iron gate with the notorious Nazi slogan "Arbeit Macht Frei" has been stolen from the former Dachau concentration camp in Germany, officials said.

The slogan, which translates as "Work sets you free," became emblematic of the forced labor camps of World War II in which so many inmates died.

The gate was stolen overnight from Saturday to Sunday, officials at the Dachau Concentration Camp Memorial said in an online statement.

While this is the first such theft at Dachau, it's not the first time that the slogan has been targeted by thieves. The famous "Arbeit Macht Frei" sign at the Auschwitz-Birkenau concentration camp in Poland was stolen in 2009. It was discovered shortly afterward cut into three pieces.

Having been there, and this is my personal photo of the gate in question, I can tell you--I am not surprised that it was removed and stolen. In the general vicinity of Dachau are any number of places to put a truck or a vehicle capable of driving away with the gate. Security exists, but this is in the middle of the town and is situated next to a road lined with businesses. All it would take are two or three individuals who can carry several hundred pounds a few hundred yards and that's all.