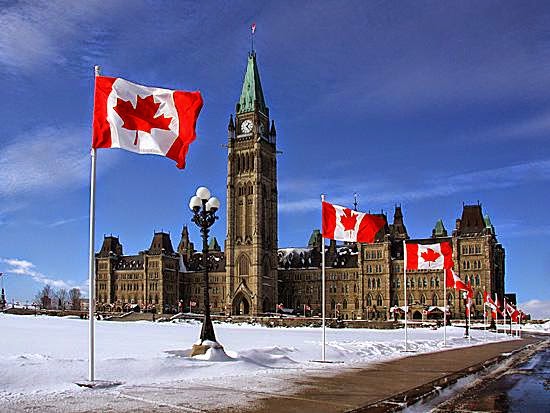 Ottawa is under attack:

The Canadian government has informed the United States that one shooter is dead in Ottawa, a senior U.S. official said. So far, there is "no indication the shooter has ties to violent Islamic extremism," but it is still extremely early in the investigation, the source said.

In response to the ongoing situation at Canada's Parliament, the North American Aerospace Defense Command, or NORAD, has increased its alert posture, CNN has learned. That means that it has increased the number of planes on a higher alert status ready to respond if needed. NORAD and Canadian authorities are in contact, an official told CNN.

Never underestimate America's ability to panic and make something worse than it is. The media will go nuts with this until the facts are in. If this is domestic Canadian terrorism, the American opportunists will use this to attack President Obama. It is entirely possible that this attack on Canadian soil will be viewed as an attempt to attack America and panic will take hold in places like New York City or Chicago and you'll see armed men everywhere in response to absolutely no threat whatsoever. This will be done because to be seen doing nothing is politically untenable.

One disaffected loner with a grudge against women can trigger a massive counter-terrorism response. We don't know if there actually are multiple shooters or if this is a Mumbai-styled attack. We don't know anything, other than the fact that this will be "Obama's Katrina."

And no, none of this is supposed to make any sense. Fear is the only partisan tool the Republican Party is eager to use on a regular basis.
on October 22, 2014