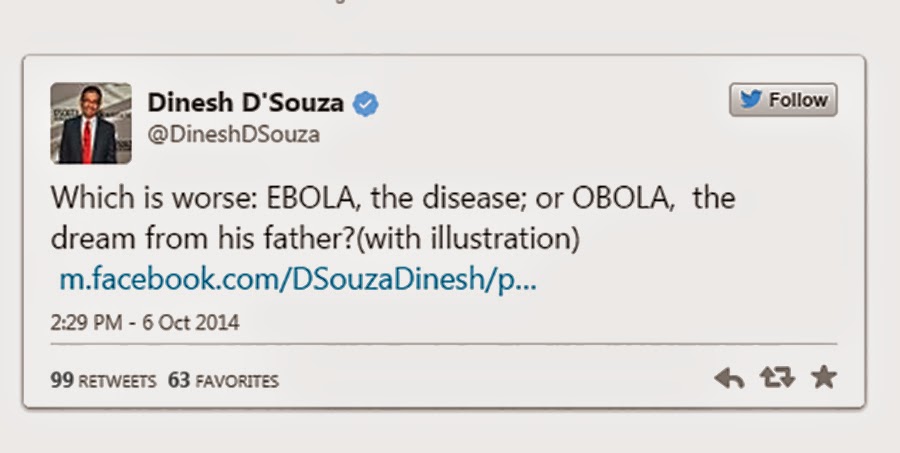 I am duly impressed by the size of the balls on these people. Dinesh D'Souza is heaving and screaming with glee because there's a disease from Africa that he and the rest of the mush-headed crowd he runs with can blame on the President of the United States. I would imagine that D'Souza has rolled both of his eyes up into his forehead and started chirping and emitting strange grunts while hitting himself with his own waste products, much like a toddler does when allowed a moment of unrestrained joy.

There is no link to D'Souza, who does not need any web traffic. He does need love and understanding, preferably from someone he is currently married to and from people who are not being fleeced so he can give illegal campaign contributions to fools.

Nope.
Something bad happens in the world, it's that damn Obama again. Why, Obama invented Ebola when he was sneaking around in the mid-1970s so that he and Bill Ayers could have something to laugh about when toasting each other on Saul Alinsky day.
on October 06, 2014