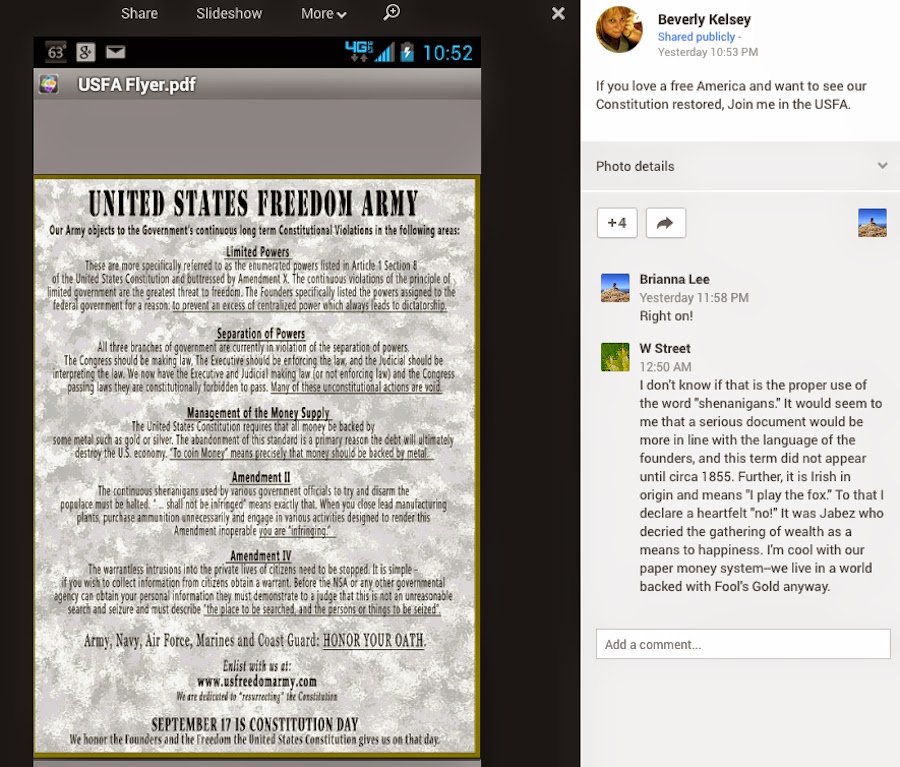 I have expressed some concerns about joining the United States Freedom Army. I don't think they should use the word "shenanigans" when they're talking about taking things back to the way the Founders intended (and they don't know what that means, so, you know...). I also don't think that worrying about backing the money supply with gold means they are right with Jabez, and, brother, if you're not right with Jabez, you're not right. Period.

The last time I joined an Army, I got a lot of clothes out of the deal. What's the wardrobe look like? Someone wanna fill me in?
on October 02, 2014
Email ThisBlogThis!Share to TwitterShare to FacebookShare to Pinterest
Labels: Commentary, Fun, Humor, Life, Money, Opinion, Philosophy, Trolling