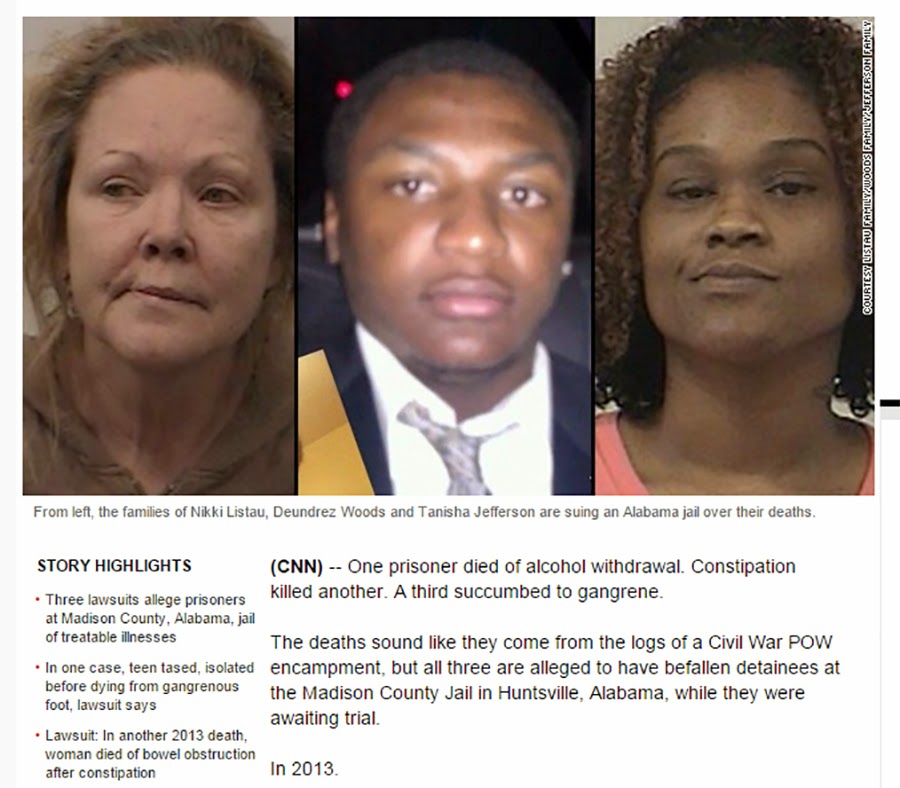 When I look at a story like this, I can see several things at play.

First, we are privatizing institutions that should be under state and local oversight. Privatization shifts money to areas where rampant abuse can be allowed to persist because this involves prisoners, and we don't care about prisoners in this country. At all.

Second, this affects women and minorities. We don't care about them, either, so privatizing their incarceration or their punishment is easier than figuring out how to correct our society's indifference to their situations. These people are less than human, you see. They commit suicide with their hands bound behind their backs. They die in a hail of gunfire of their own making. They are beaten and abused and attacked by corrupt people who operate without fear of reprisal. If there's an outcry, all they have to do is retire.

Third, we are held in the thrall of a right wing rage machine that has a juvenile response to anyone put in jail for anything--serves them right! These same "originalists" and believers in the sage wisdom of our Founders would be shocked to find out how they treated their prisoners and those accused but not convicted of any crimes.

Fourth, let's not forget the wave of people freed from jail by revelations of prosecutorial misconduct, DNA evidence, and people who recanted their testimony. Chances are always good that the local jail in your town has at least one innocent person in it, maybe you some day. Oh, well. Too bad.

Fifth, the law only serves people who have money. If you're broke, you're looking at time. Got cash? You get to go free. Our society is woefully indifferent to the plight of anyone who can't raise bail money.

There is no compassion for anyone anymore. This story won't even raise an eyebrow with people in most cases because they tuned out immediately after learning that this happened in an American jail. Don't want to die of gangrene? Don't go to jail, sucker. Never mind if you were put there by accident, beaten, neglected, or used to work out someone's anger issues.

America used to be a compassionate country where people cared about the rule of law. Now, it's about money and the wrath of God. If we let this take over our society, we'll end up with more jails full of dead people and with absolutely no right to tell anyone how to conduct their affairs.
on October 28, 2014