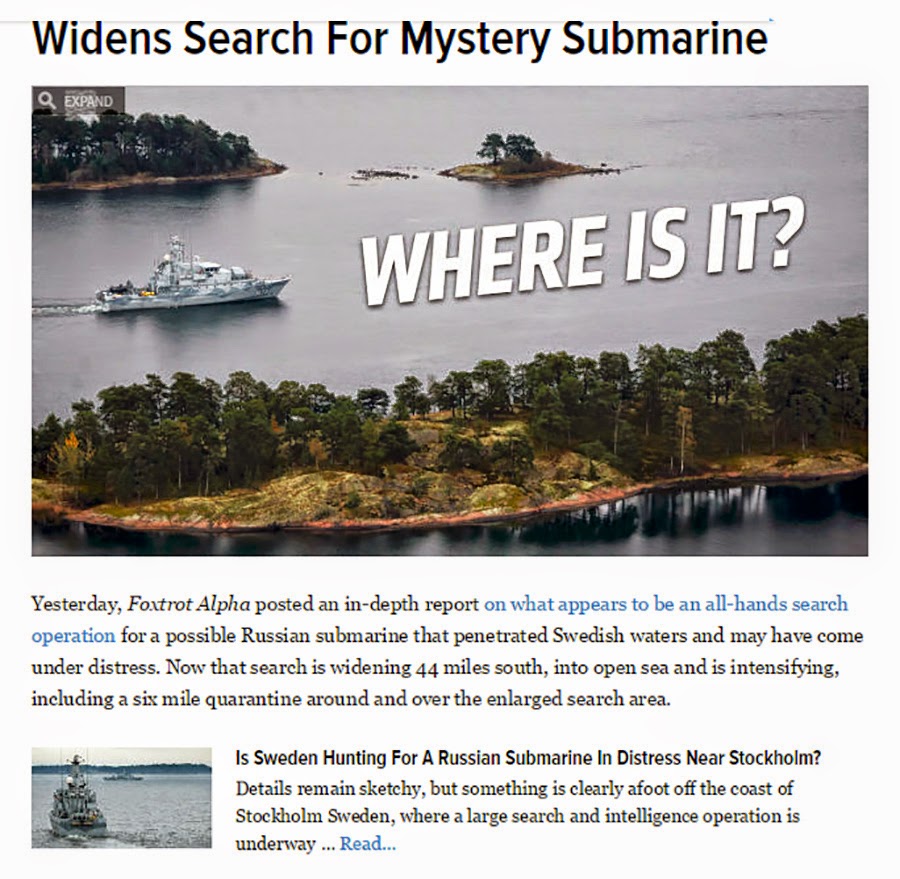 They must be feeling the need for attention or something along those lines in Sweden right now. How could they be shocked that the Putin-era Navy of the former Soviet Union is incapable of doing anything underwater without losing another submarine or failing to cover up their activities?

It's tough out there for a former superpower with no money and a fading and rusting naval force.

I'm reminded of what happened with the disaster aboard the Kursk, a submarine that sank in shallow waters (if you could have stood the Kursk on its nose, it would have extended up out of the water in which it sank). Russia was dealt a humiliating blow when this happened, forced to decline assistance from numerous NATO countries with the money and technology to do what Russia simply could not do, and that's why I suspect that what's happening near Sweden is a repeat of some sort of blunder, triggered by incompetence and outdated technology.
on October 20, 2014