Antebellum is a Code Word in American History 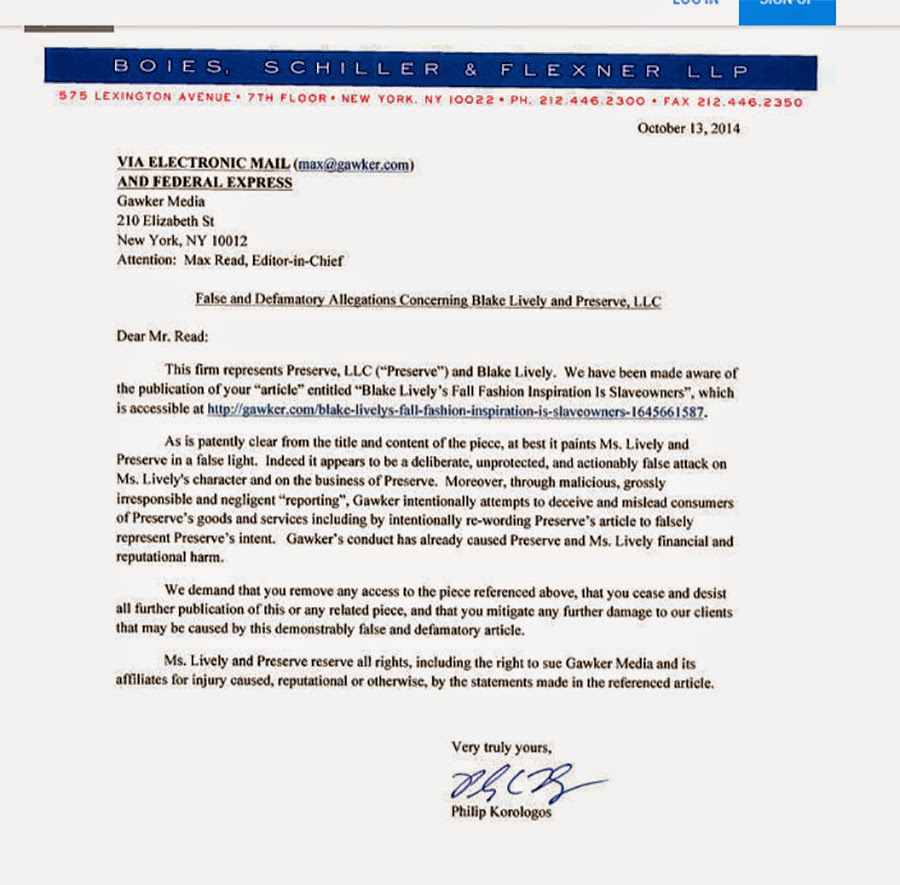 Gawker Media, which is a big deal and can handle such things, is being told to stop referring to Blake Lively and something called Preserve LLC as fans of slavery.

Specifically, the "antebellum" slavery of the Southern United States before the outbreak of the Civil War. This would be the War of Northern Aggression that wasn't about slavery, of course, because State's Rights are all anyone ever talks about [and I am rolling my eyes].

When you count on the privileged and the wealthy class to have an ignorance of American History a mile wide, you can make money pretending things like slavery didn't happen. You can select periods of history and just copy the clothes and the look of the people. You don't do context when you have cash. You do for yourself, and that means looking your best.

Here's the context of the term "antebellum"

In the South, cotton plantations were very profitable, at least until overplanting leached most of the nutrients from the soil. Advances in processing the fiber, from Eli Whitney’s cotton gin to the development of power looms and the sewing machine, increased demand for cotton to export from the South to England and the mills of New England. Plantation owners were able to obtain large tracts of land for little money, particularly after the Indian Removal Act was passed in 1830. These plantations depended on a large force of slave labor to cultivate and harvest the crop—most white farmers in the 19th century wanted and were able to obtain their own farms as the U.S. expanded south and west, and slaves not only provided a labor source that couldn’t resign or demand higher wages, their progeny insured that labor source would continue for generations.

The demand for slave labor and the U.S. ban on importing more slaves from Africa drove up prices for slaves, making it profitable for smaller farmers in older settled areas such as Virginia to sell their slaves further south and west. Most farmers in the South had small- to medium-sized farms with few slaves, but the large plantation owner’s wealth, often reflected in the number of slaves they owned, afforded them considerable prestige and political power. As the quality of land decreased from over-cultivation, slave owners increasingly found that the majority of their wealth existed in the form of their slaves; they began looking to new lands in Texas and further west, as well as in the Caribbean and Central America, as places where they might expand their holdings and continue their way of life.

Unfortunately, the only history people know nowadays is Hitler Kinda Bad and Flares Are Out. Expecting people to understand that the "antebellum" South created a plantation class that exploited slaves, excluded poor whites, and maintained a great deal of control over the United States by playing obstructionist games in the Congress is a bit much. Look at these hats!

The word "antebellum" is a code word for when things were "right" in the South. Using it to sell clothes is akin to using it to convince people that it is your God-given right and your solemn duty to your heritage to buy and sell other human beings.
on October 14, 2014