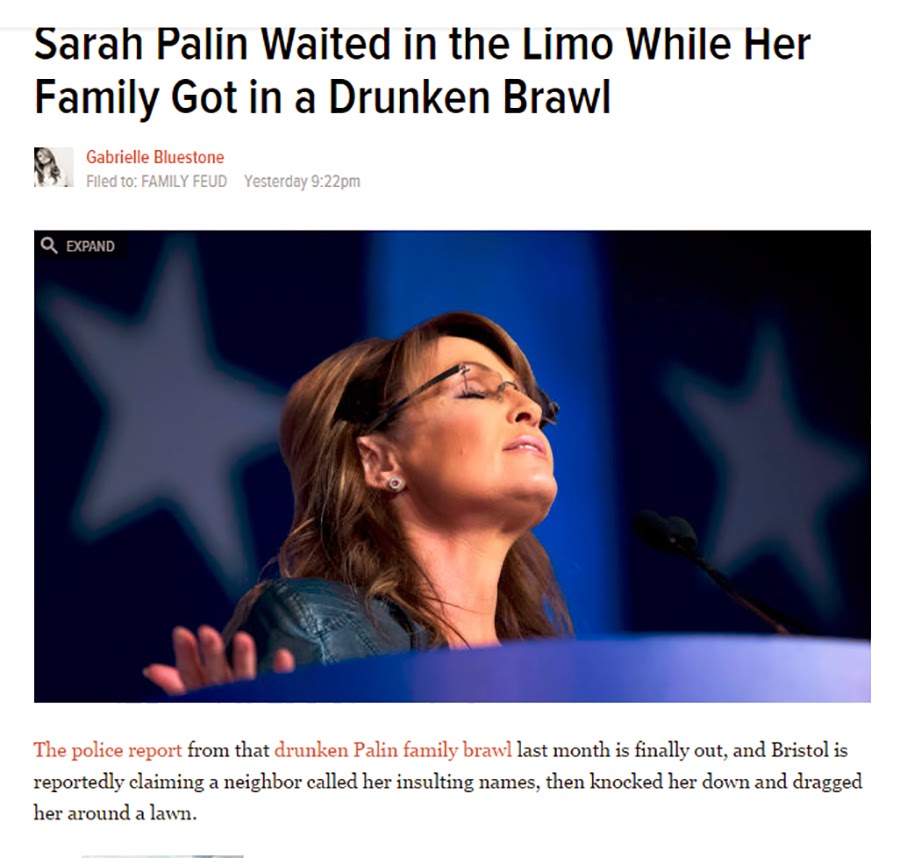 It is now two years into the presidency of Sarah Palin. America is at war with Syria, Jordan, Iraq, Iran, Mexico and Turkey. A universal draft has been implemented in order to place America's military on a footing that is expected to grow to a total of 20 million uniformed service members. The threat to American interests expands in Latin America and the far East, with American embassies shuttered all over the globe.

Unemployment is down to 18.4% and America's GDP is $4 trillion dollars, down from a high of $17 trillion in 2009. Gas prices hover at $6.75 a gallon and milk is impossible to find due to lax regulation of bovine hormones. In most American cities, the police randomly shoot rioters and turn anyone they arrest over for basic training. President Palin has issued another executive over, to the exasperation of the Congress, indicating that she is displeased to learn that her eldest daughter has been rejected as the lead actress in a sitcom about a porn star who finds Jesus at Wendy's and then decides to live there with her uncle, who is a ghost.

Palin believes in blue skies overhead and the power of prayer. She took over when John McCain was impeached for tax evasion and being cranky. McCain declined to run for re-election in 2012 and has retired to a life of lobbying and criticizing American foreign policy. Palin, a family values candidate with plucky and popular daughters and a Bachelor son, easily defeated her primary opponents and then kneecapped liberal Senator Al Franken, who was the Democratic Party's nominee for President. Franken ran on a campaign platform that stated, "I will not allow any of my children to scoot along the ground, drunken and disorderly."

Franken lost by 200 electoral votes. Vice President Peter King snickered like a thug when he won.

In Alaska last week, President Palin was asked, how can your drunken family get away with such things?

Palin replied, "don't you know who I am?"