A Senate Full of Nuts 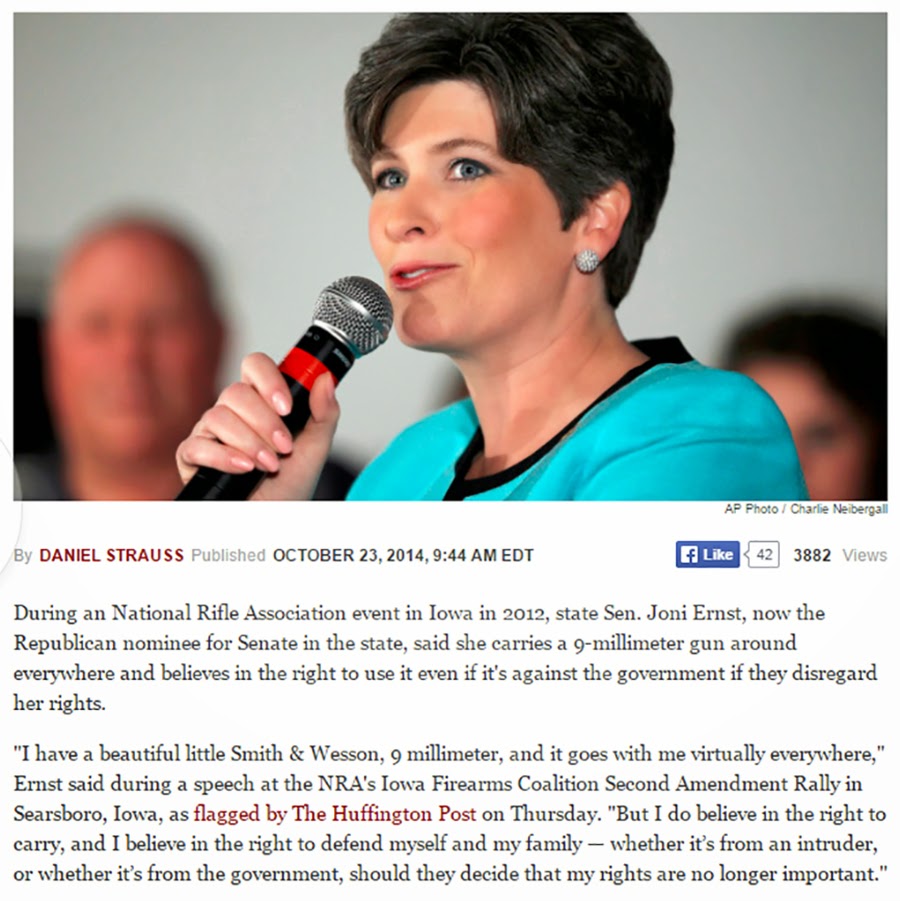 Are you prepared for the crazies to be in charge of the Congress? You'd better get ready.

As I said before, the fact that Joni Ernst is speaking like an unhinged crazy person will not hurt her one bit with the voters of Iowa. They have checked out. Thirty years ago, she would have been laughed off of the stage, lucky to get 5% of the vote. Now she's well on her way to being Senator Ernst, gun nut and testicle remover.

A statement along the lines of using a gun to defend herself against her own government--that old trope from G. Gordon Liddy where you go for a head shot when ATF agents enter your home--used to mean you weren't leadership material. Now, in Iowa, it means you get to act like Yosemite Sam, only crazier.

If you want to know what's wrong with this country, look at Iowa for a change. It is a highly educated state where the pride and joy of most families is to send their daughter off to a liberal arts college and their son off to receive a Bachelor's Degree in agricultural science (or vice versa, since women have always been our best farmers, by far). It used to be that walking around with a bleary-eyed hankering for guns would be seen as a firm negative and proof that the candidate doesn't have control over their emotions and has no regard for public safety.

There's no need for gun control in a place like Iowa. Everyone there should be free to own guns. The thing that has gone off the rails is this belief that being an irresponsible gun owner is a positive in a leader.
on October 23, 2014