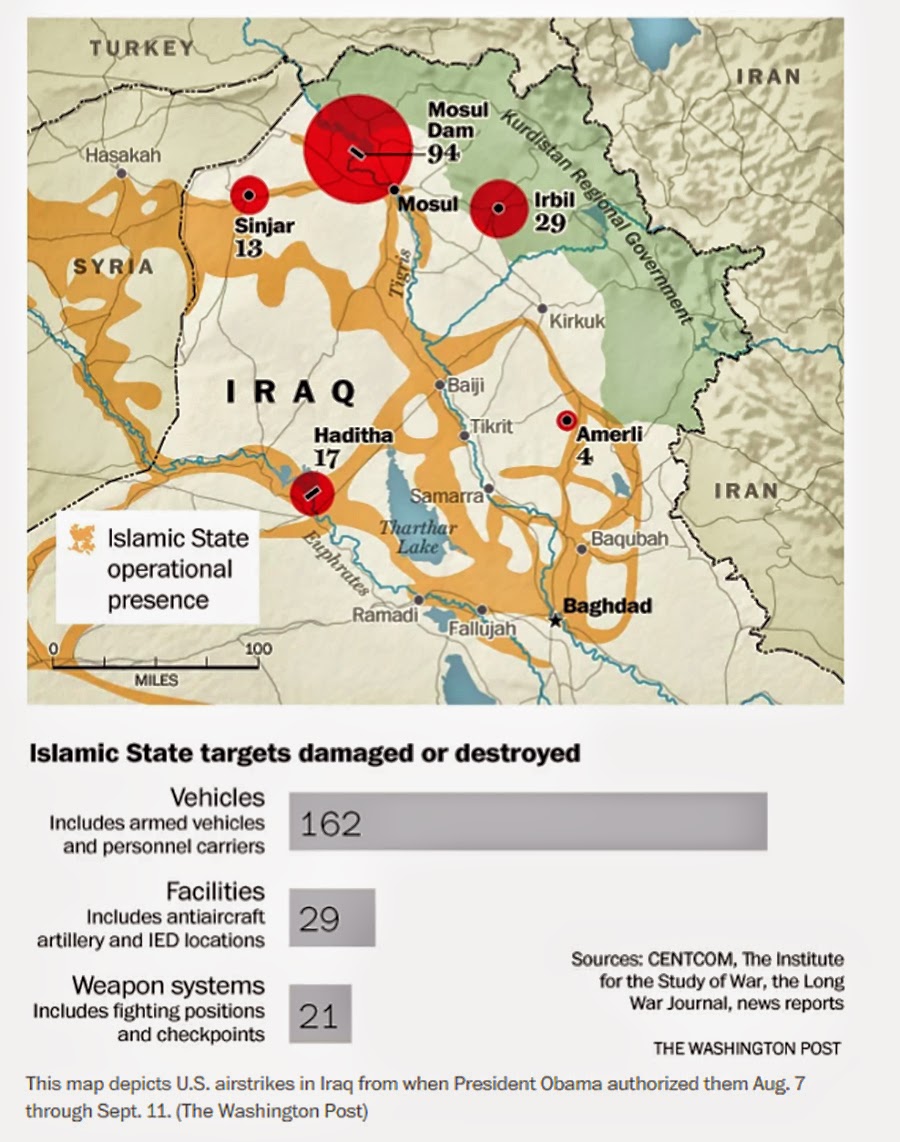 This is what it looks like when the media and the government begin to work together in order to convince the American people that we need to be at war with someone or other in Iraq. Look at our body count! Surely, we can see the light at the end of the tunnel now that we've taken out over twenty of their random checkpoints.

Come on, root for war, suckers! We're winning the war against pickups! If you're driving around with a machine gun mounted in the back of a Toyota Tacoma, get ready for a Hellfire missile up your six, courtesy of a Wounded Warrior with sad feelings and a bum drone trigger finger. The most powerful and sophisticated military in the history of the world now blows up rusty trucks from thousands of miles away and calls it a "war." God help us if we ever had to fight someone smart enough to drive around with their weapons put away.

In the case of this thing that is called "ISIS" or the new Islamic caliphate so declared by a group of yahoos bouncing around in abandoned pickup trucks, we have our new enemy. He looks a lot like our old enemy--the Iraqi insurgent paid to put a crude bomb in the road where a vehicle carrying Americans is headed because their commander has been told to needlessly drive around and discover new ways to keep people in harm's way while doing nothing to convince said Iraqi insurgent to change sides and stop fighting. He who calls himself ISIS was once a Sunni serving in Saddam's army. He might have laid low during the American occupation or he might have run a few missions against Americans. Into the vacuum comes a man who will fight precisely because the money is right.

ISIS is bankrolled by someone. Same as it ever was.

Really, all we are talking about are the last remnants of our previous war, now out of work because the Americans stopped driving around in order to trip bombs and take casualties. Our methods of fighting the first Iraq war were brilliant--we'll catch you on your way home and incinerate you and your dumb buddies in trucks laden with stolen Kuwaiti merchandise. Our methods of fighting the second Iraq war centered around going to war with the army we had which meant hoping a Humvee festooned with vinyl doors would withstand the blast of an old Russian artillery shell. We're going to fight the third Iraq war with drones and blow up every pickup truck we see, and maybe that will finish the job.

Three separate and distinct wars and we haven't learned anything. The Iraqi people are not a nation, and they don't want to build it themselves. They don't want us there and they don't want peace or stability or democracy because those things are too hard. They want a strongman to preside over the torture and killing of whoever is on the outs and they want their own corrupt tribal system to protect them in their individual enclaves. They don't care about anyone who is not in their own tribe and they never will, no matter how hard an American who has never served in a uniform believes his own bullshit.
on September 12, 2014