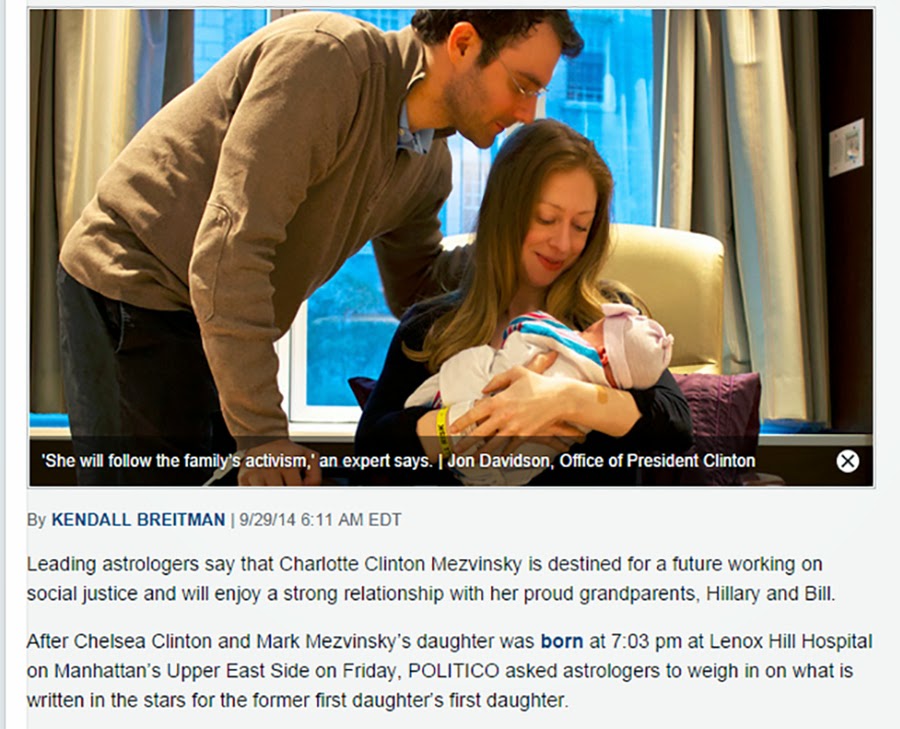 Can I just say that astrology is absolute bullshit and that any publication that dabbles in it should be discredited and ignored? As in, instantly?

As soon as you pull that trigger and start trying to use astrology to make money, you're dead to me as far as a viable news outlet. This is why I stopped looking at the Huffington/AOL post long ago--they were needlessly chasing that nutty astrology audience and there was no need to do so.

Astrology preys on the ignorance of people (hooray for Hollywood!) who don't know anything anyway. It's inconceivable (and I do know how to use that word) that we are still tolerating the presence of astrology in any discussion relating to anything other than making fun of astrologers. It's 2014! And have I told you lately that astrology is just bullshit dressed up for a walk on the town with his cousins crazy and nutzo? Good God. Wait, what?

Politico ran this piece about Chelsea Clinton's baby, and the insanity of the media complex in Washington D.C. is confirmed--they had the baby to help Hillary Clinton get elected President and the astrology behind this fact will give rise to a dozen or more hurried books about the Clintons.

"Politico asked astrologers to weigh in..."