Haters Gonna Hate You For Your iWatch 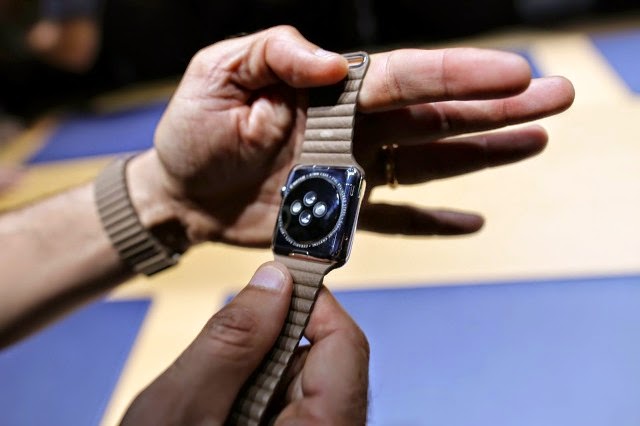 Something else to worry about:

With the potential mainstreaming of the smartwatch in the offing, we risk an epidemic of new rudeness. The problem represents an intensification of the blunder famously committed by George H.W. Bush at the presidential debate of Oct. 15, 1992: The president, checking the time, seemed impatient. Some watches lose time; that one helped him to lose four more years. And to glance at an Apple Watch during an important performance is even more objectionable: One is not just hinting that he wishes to be elsewhere in spacetime; he is actively disappearing into cyberspace. It is the height of rudeness to vanish from a conversation without having the courtesy to physically go away.

Meanwhile, there is the question of the Apple Watch’s reception among “watch guys,” hardcore connoisseurs. At Hodinkee—to which one turns for comparisons ofmanually wound dress watches selling for less than $15,000 and news about the Patek Philippe Supercomplication predicted to sell for 15 million Swiss francs at auction—the watch guys are ecstatic. “The streamlined look of the Apple Watch recalls the design vocabulary that Dieter Rams instilled in Braun and the futuristic look that Rado pioneered in the 1980’s,” they say.

This is an amazing age, said Louis CK, and everyone is miserable because of...gadget envy?
on September 18, 2014