This is Why They Want to Impeach the President 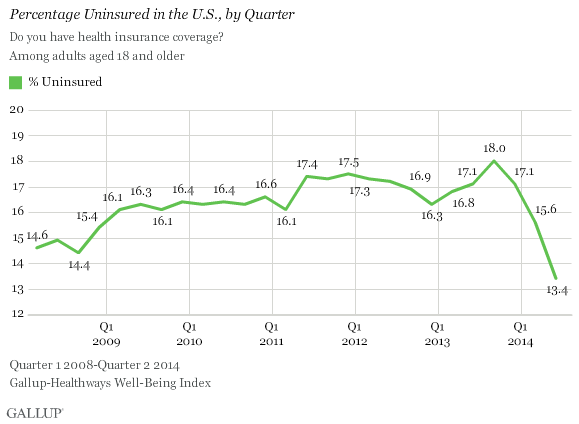 The wholesale destruction of America continues, unabated. Soon, there will be a time when Americans have health care insurance and coverage for their families. Once that happens, America will turn into Thunderdome and we will all be driving cars that have no gas. Do you have four camels lying around who can pull the thing? I don't. But, thanks to Obamacare, now I have to find extra shotgun shells, a water purification system, a Geiger counter, and four freakin' camels because we're all headed for a post-apocalyptic hellsphere, fights to the death optional.

And while we all look for feathers and castoff shoulder pads, let's remember one salient fact--Obamacare was the devil. It was supposed to rip the fabric of American life to pieces and leave nothing but horror and destruction in it's wake. It was supposed to give rise to a thousand Hitlers and burn everything to the ground. If you've been listening to the clowns on the right, you would think that socialism was really, really bad or something. So far, it's looking pretty good.

The Republican Party now has to impeach Obama in order to offset the success of Obamacare. They have tried, dozens of times, to legislate it out of existence. Now that we know it works, they have to do something to head off the damage it is causing to their ideology, not the country. We have been cursed to live in an interesting time--government actually works? Really? Why don't we try having a little more of it, then?
on July 11, 2014