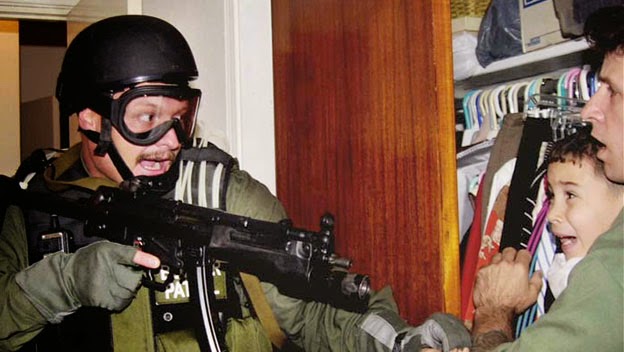 I remember when there was a kid named Elian Gonzalez, and I remember when he came here as an illegal immigrant. I remember how conservatives railed against the rule of law, which forced him to go back to Cuba to live with his communist relatives. They didn't scream at him and tell him to go. They hid him in a closet and tried to keep the government from sending him back to where he came from. I remember how they went crazy and hated the government and ignored the actual laws and wanted him to stay so he could live a better life in this country.

Oh, yeah. That's right. Instead of Cuba, the new wave of little kids comes from Central America where they are fleeing the predators in violent gangs, and where they are trying to get away from narco-terrorists. And not only are they not coming here to seek freedom, they're bringing their diseases with them, right?

Except that they're not:

With thousands of children from Central America arriving at the U.S.-Mexico border, an old plague is once again sweeping the country—the fear of the diseased immigrant.

“Our schools cannot handle this influx, we don’t even know what all diseases they have,” U.S. Rep. Louie Gohmert (R-TX)said recently. “Our health care systems can’t withstand this influx.” [Except that they can, thanks to Obamacare]

Fox News commentator Cal Thomas asks, for example, if “the unaccompanied minors pouring over the border…have brought with them proof of vaccination?” Thomas accuses the border-crossers of harboring vaccine-preventable diseases such as “mumps, measles, rubella, polio, tetanus and diphtheria.”

Before demonizing undocumented children, we should look at the facts: The vast majority of Central Americans are vaccinated against all these diseases. Governments concerned about health, and good parents investing in their kids, have made Central American kids better-vaccinated than Texan kids. We fear them not because they are actually sick, but because of powerful anti-immigration narratives that link foreigners to disease.

Consider, for example, Guatemala. According to the United Nations Children’s Fund (UNICEF), Guatemalan kids are more likely than Texans to be immunized for most infectious diseases. Guatemala has universal health care. Vaccines are 100 percent funded by the government.

By comparison, one in six kids in Texas is uninsured, and even insured families often must pay for vaccination. That means that many Texas kids fall behind on vaccinations, or miss them altogether when their family can’t afford a doctor’s visit. Other families refuse vaccination.

Dr. Elizabeth Lee Vliet, a Fox News commentator and former director of the ultra-conservative political group Association of American Physicians and Surgeons, writes in the McAllen Monitor that measles is among the “diseases the United States had controlled or virtually eradicated” that are “carried across the border by this tsunami of illegals.”

Oh, but American Exceptionalism and They're Going to Take All the Jobs and They're Going to Get Welfare Checks All Day Long. The bullshit gets so thick you can't even stand looking at a computer half the time. Thanks again, Jenny McCarthy.
Good God.
You mean that Texas is now a third world country run by lunatics? Again, this happens? And that means it's time for the citizens of Texas to vote in another Republican who will continue to destroy the environment, the education system, and give handouts to corporations? Again?

Somewhere in Cuba a young man is grateful he didn't end up living in a Florida subdivision where you can shot for walking around with Skittles. And he's probably thrilled he didn't end up in Texas, either.
on July 14, 2014