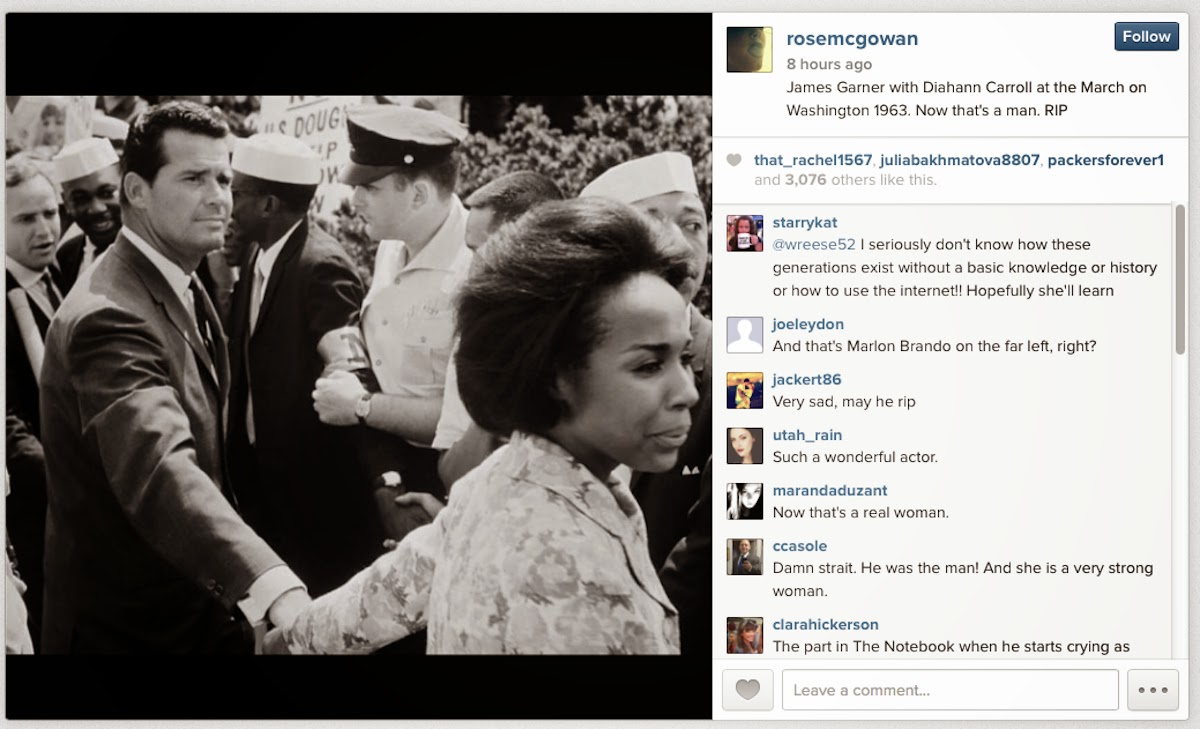 This is far and away one of the best tributes to a Hollywood actor, ever. It comes from Rose McGowan's Instagram account, and it speaks volumes to how people live their lives and what they stand for.

In 1963, it was not easy nor was it popular to support Civil Rights of any kind in this country. It invited hatred and dissent and it guaranteed the kind of violent and inhumane threats to a person that accompanies such a statement of conscience. It meant hate mail. It meant that, in the television industry, that if you had a network show, and if you ran afoul of sponsors, you might end up cancelled no matter what your ratings were. It meant the loss of income and it meant that if you wanted to act in films, you might end up being passed over for a less controversial actor.

Think of what it's like to make a positive statement today about being pro-choice or pro-gun control. The violent threats that people face every day make them heroes. James Garner was certainly a hero like all the rest.

That's because, in 1963, James Garner said to hell with that and put on a suit and walked in Washington D.C.  He could have put on that suit and gone and made money somewhere. He could have been toasted by the opponents of Civil Rights as one of their own, him being a celebrity and all. He was not the only brave man to do it, but he was a man worth remembering. He was not just a white man doing the right thing that day. He was a man doing the right thing most every other day as well.
on July 20, 2014